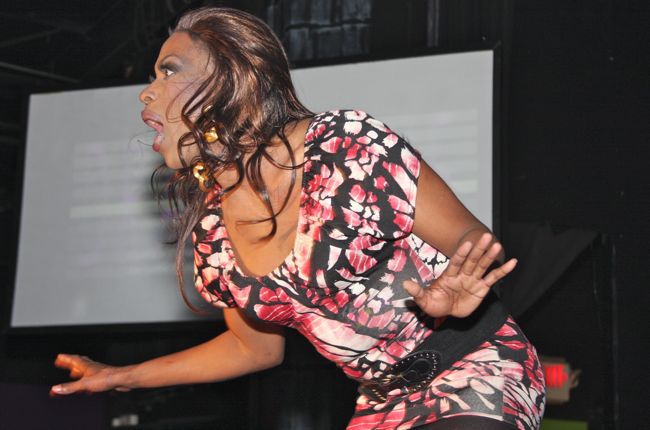 A gay Atlanta drag performer serving a decade-long sentence for burglary is being forced to change her gender by Georgia prison officials, who were threatened with a federal lawsuit on Tuesday.

The Southern Poverty Law Center accused the Georgia Department of Corrections of refusing to give Ashley Diamond hormone treatment while she serves her sentence at Valdosta State Prison. That means Diamond, a transgender woman, has been denied female hormones since she entered the prison in 2012.

The law center demanded that Georgia prisons provide hormone therapy and mental health care for Diamond and other transgender inmates by May 30 or face the possibility of a federal lawsuit. Prison officials have retaliated against Diamond since she talked with SPLC attorneys, her advocates allege, and she has suffered physical illness without the hormone treatments.

Diamond was incarcerated for a nonviolent offense at the age of 34. Instead of receiving the hormone “maintenance” as required by the prison system’s own policy, she was told to simply “learn the appropriate skills to adapt.” She was even placed in solitary confinement for a week for “pretending to be a woman.”

The need for transgender inmates to continue such hormone therapy has been recognized by the National Commission on Correctional Health Care and the National Institute of Corrections. Federal Bureau of Prison standards require that inmates in Diamond’s situation receive hormone treatment and access to mental health providers familiar with transgender care.

Diamond continues to experience physical illness, depression and suicidal thoughts as a result of the lack of treatment. She also has been targeted for physical and verbal harassment by guards and inmates. When she filed a lawsuit on her own behalf to receive the hormone therapy, the GDC moved to dismiss it rather than provide the treatment.

After Diamond met with SPLC attorneys in December 2013, she was placed in solitary confinement for six days and then transferred to another facility. The move was classified as “disciplinary” despite the lack of any disciplinary incident, according to the letter. Her attorneys were unable to contact her during this period.

Diamond is serving several sentences related to incidents in 2009 and 2011 in Floyd County. She was convicted on several charges, including burglary, theft by taking and obstruction. Prison records show that her sentence started on March 27, 2012 and could continue until 2023.

Diamond’s convictions and prison sentence came just months after she competed in Dragnique at Jungle. Diamond was one of seven competitors, but was booted during the event’s opening week in January 2011. Another Dragnique contestant, Pasha Nicole, received a 14-year prison sentence in March 2012 for forcing a transgender teenager into prostitution, supplying her crack cocaine, creating graphic photos and video of her and driving her to meet sex-for-pay clients.

Georgia lawmakers pumped an additional $15.44 million into a program for low-income people living with HIV, preventing a crisis that could have created a...
Read more
News

A young transgender woman seeking medical help from a Norcross psychiatric center was instead denied medication and assaulted, strip-searched and faced two days of...
Read more