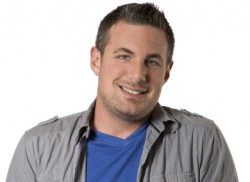 Offensive. Graphic. Aggressive. And don’t forget funny. That pretty much sums up gay comic Peter Depp, who’s traveling south on I-75 from Tennessee to spend the weekend in front of crowds in Atlanta.

Depp (photo), no stranger to Atlanta and its gay scene, is opening for Shane Mauss on Thursday through Sunday. How does a gay comic warm up a crowd for his straight follow-up? Coming out as gay and talking dick. A lot.

Depp talks about gay Atlanta, the real gay Tennessee, how he works a crowd and even being a gay dad with Project Q via Skype (above) ahead of his gigs at Laughing Skull Lounge.

Want a taste of one of Depp’s past shticks at Laughing Skull? We’ve got that, too.