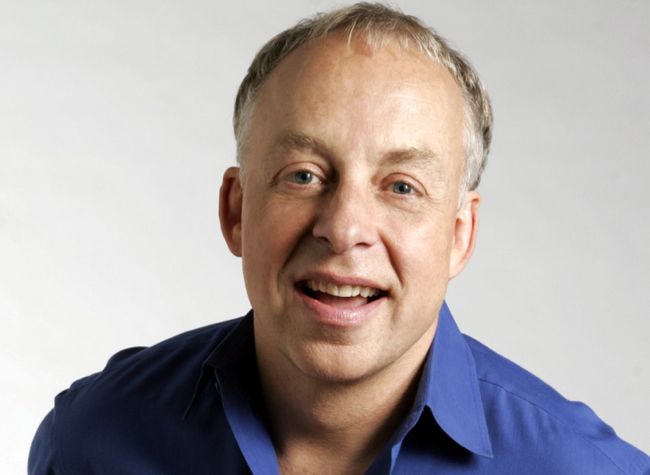 Jim David does it all. Comedian. Actor. Writer. Director. But this week in Atlanta, he's here to make you laugh with his razor sharp gay wit and humor.

Gay Atlanta funnyman Ian Aber caught up with David ahead of his four days of shows to dish about his gig at Laughing Skull Lounge in Midtown, southern audiences, his novel and addiction to chips and popcorn.

This will be your third appearance at Laughing Skull Lounge. What do you like about the place?

Laughing Skull is a great club because it’s intimate, you feel like  you’re able to relate to every audience member. The audience is smart and not trash. And the burgers at the Vortex are ridiculous.

You are from Asheville, N.C. originally. How do southern audiences stack up against other parts of the country?

Performer, director, writer, pundit, podcaster. Any other talents you want to highlight or develop?

I’m a comedian first and everything else is a hobby.

How has the comedy scene changed since you started? Any taboos broken? Any new taboos introduced?

I started doing comedy in 1986. The comedy scene has changed. The  younger comedians are a lot dirtier and more raw than when I started. Young comics feel like they need to be very nasty to hold the audience’s attention, distracted by their cell phones. Also, since  stand up comedy has been around so long now it’s a lot harder to be really original. It’s much easier to do gay material now; at first it was very revolutionary and daring, now people don’t seem to care. One taboo that is being broken is a gay man talking about his legally married husband. But comedy itself hasn’t changed. A good joke is  still a good joke.

What can you not live without?

In 2012, you released your first novel. Bruce  Vilanch calls “You'll Be Swell” laugh out loud funny. How did the idea for the story come about?

I wrote my novel “You’ll Be Swell” because I was bored and wanted to write something. I was in a restaurant and I saw a woman eating by herself and I started writing about her. She got up and left, and I  kept writing about her and created a character. The novel ended up being about a struggling actress in New York and what happens to her. I’m more proud of the novel than anything I’ve ever done. I actually wrote a funny novel that people who don’t know me enjoy. I’ve already started writing a sequel since some people have asked for it, but who knows if I’ll finish it. I’m currently trying to write a screenplay about married gay guys in New York.

You direct plays, lots of play. How did you come into directing?

I began my career in the theater as an actor and director, after majoring it in college, then took a detour into comedy. In another life I would have become Mike Nichols.

If race, gender and age were not an issue, what role would you want to play and why?

I’d love to play Blanche DuBois in “A Streetcar Named Desire.” I  actually do it for a few minutes in my one man play “South Pathetic,” which I continue to perform around the country.

What question are you always asked in interviews?

I’m always asked annoying questions like “When did you know you were gay?” and “What did your parents say?” I’m pleased this interview has avoided those. Who cares?

What question do you wish you would be asked in interviews?

I wish interviewers would ask me who my comedy influences are. For some reason they never do. For the record, I’ve always loved Phyllis Diller, Rodney Dangerfield, Jonathan Winters, Lily Tomlin, Joan Rivers and Richard Pryor. My favorite comedian currently is Lewis Black. All you need to know about joke writing or playing comic characters you can learn from these people.

Not doing Christmas? Doing it but looking for other stuff to fill your holidays off work? Keep scrolling for local and regional stuff that's seasonal,...
Read more
Arts & Culture

VH1 and Paramount+ made one of its gayest entrees into the streaming world yet with the December debut of “Queen of the Universe,” a...
Read more