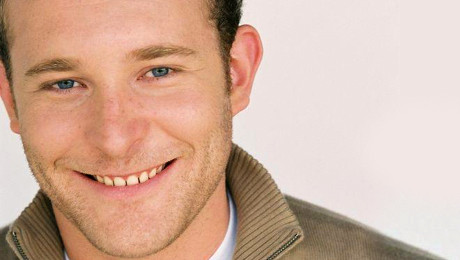 Don’t get it twisted. James Adomian is a comedian who is gay, not a gay comedian. But don’t think for a minute that he shies away from the gay stuff when he returns to town at Atlanta Improv for a five-show gig starting Thursday.

“I connect with young people, queer people, dropouts and the opposites of all of those,” Adomian tells Project Q Atlanta. “I don’t even try to explain myself. I talk about what’s going on and what’s in my head, so it’s a wild cacophony of fun and a delightful mix of the absurd and at the same time a total waste of time that people seem to enjoy.”

Adomian (top photo) took us in depth into his career and his outlook when he last performed in Atlanta in May. He came to national attention in 2010 on “Last Comic Standing” with his impression of George W. Bush. Since then, he’s become a go-to guy for Comedy Bang Bang and late-night talk shows.

“I definitely talk about queer topics, but I also talk about sports, current events and other stuff that’s part of my life,” he says.

Lately, he has audiences rolling in the aisles with his dead-on impressions of Paul Giamatti and Jesse Ventura, and he’s enjoying the success of film work and his debut album “Low Hangin’ Fruit.” Topics on his hit list these days include gay villains like the one Javier Bardem plays in “Skyfall.”

Adomian, who grew up in Atlanta in the ‘80s, always looks forward to coming back, eating pork barbecue and visiting friends, he says. 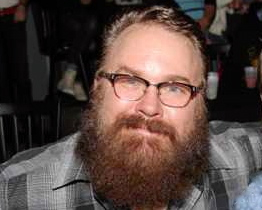 Now that can include local gay comic Ian “ABear Comedian” Aber (Yes, that Ian Aber), who will host all five Adomian shows Thursday through Saturday at the Improv and is excited for the opportunity.

“James has a broad appeal to straight audiences but his humor comes from a very gay sensibility,” Aber (second photo) tells us. “His humor is equal parts smart and silly and his impressions are hysterical. Not only is it a great opportunity, but the fact that it’s an openly gay comic that I am a big fan of just makes it even better.”

Aber, who often plays host at Big Gay Game Show, has a new regular show coming to Jungle in January to benefit Lost N Found Youth and will continue his “Laugh Your Balls Off” Tuesdays at Cockpit in the new year. He says he’s got plans for his own time on the mic at the Improv this weekend as well.

“I have been spending a lot of time with my family over the holiday season so there are stories about some of those interactions,” he says. “Also, I find myself talking lately about the fallacy that is gay reparative therapy.”

Still on the fence about getting over to the Improv for some laughs this weekend? Aber breaks it down for the gays.

“James Adomian is not only very funny and an exciting entertainer, he is pretty handsome so there is a whole eye candy factor,” he says. “Plus, the Atlanta Improv Club is in the Fruit Loop just north of Midtown in Buckhead so no need to leave the protective powers of the 285. … Did I mention that James Adomian is a sexy beast?”

Want more? Of course you do. To prove the shows are one of the Best Gay Things to Do in Atlanta This Weekend, go read our in-depth Adomian interview, watch an Adomian preview video for a taste, and then just give in and go buy tickets online now.