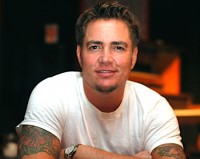 Like most comedians, Ian Harvie can make observations about ordinary life seem extraordinarily funny. Being relatable is a job requirement, but as Harvie heads to Atlanta, his boy-next-door affability is anything but commonplace as an FTM standup act.

So how does Harvie (photos) take his own experiences as a female-to-male (FTM) trans man and create mass appeal?

“I think everybody’s a little trans,” he says on the eve of his Atlanta run, which begins Thursday at Laughing Skull Lounge.

“Everyone has issues with their bodies,” he continues. “Maybe they’re born a boy and are fine with being a man but question whether they’re masculine enough. I think about all these women getting breast augmentations to feel better about their femininity. So many people feel ‘not enough,’ and it’s what we choose to do about it that makes it relatable.”

Sure, there are some dick jokes. And public restroom anxiety takes on new meaning from Harvie’s perspective, but the point is that “funny is funny,” the comic says.

“When I do my show, I feel we all have something in common, and we’re relating about something we never thought we would,” Harvie says.

Atlanta audiences get six chances to relate through Sunday. And while the audience is sure to be mixed, there’s a bonus for LGBT allies who attend: The performances also benefit YouthPride and Atlanta Gender Exploration. Just buy tickets online and use the promo code “youthpride” or “AGE” to earmark 50 percent of your ticket price to one of the groups. You can also make sure a donation is made through phone orders—877-LAFF-AT-U—but not at the door. 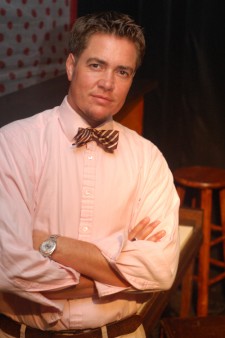 So is there an element of activism in Harvie’s act?

“I’m very proud of humanizing trans people for new audiences, and it’s a big part of my act,” he says. “But it’s broader than that. It’s not that simple or that narrow. It’s not just relatable to trans people. I think it’s issues that affect everybody.”

Then Harvie corrects his own use of the word “issues.”

“It’s my own stories, so I’m not preaching ‘issues,’” he says. “I’m not selling anything but my own story. If it comes from a person’s own experiences, you can’t argue with that. As long as I stick to that and be funny, I’m in good shape.

“I hear from people all the time who tell me, ‘You changed my mind,’ or ‘I realized I was teaching my children the wrong thing about the GLBTQ community,’ so it definitely sends a message but does so through laughter.”

But the comedian—who has opened for Margaret Cho, counts her among his widely varied influences, and is staying with her during his Atlanta visit—acknowledges that he wasn’t always so sly about his activism.

“When I was younger, I was more in-your-face with demonstrations with ACTUP or QueerNation, and I think there’s a place for that,” he says. “But I find this kind of activism is more effective. Maybe some of those people will second-guess their old views or stop other people from saying anti-queer comments,” he says. “I’m a comic, I’m an activist, and I’m a human being, but I feel like I have to have the activism as part of it. Funny and poignant, that’s the kind of humor that speaks to me.”

Harvie keeps busy on the road, but we learned an extra tidbit that we never expected in our interview. Somehow, the touring comic found the time to start the FTMlover site, which focuses on trans people looking for friendship, dating and more.

“Because FTM guys need love too,” he laughs. “It’s like a cleaner Craigslist. It’s nationwide, and I only launched it a week ago, but there’s a lot of people out there who are looking—for an FTM guy to date, for MTF-FTM dating, all of it—but don’t know where to meet them.