Come with Jason Walker, ‘Leave It All Behind’ 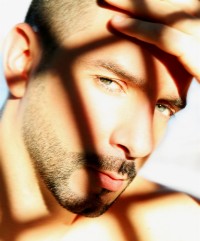 Gay dance music fans are no strangers to Jason Walker, former protégé of Junior Vasquez. After a two-year hiatus, he’s been busy growing—as a person and as an artist—and talks to us about it as his first independent album, “Leave It All Behind,” releases.

“Leave It All Behind” is an eclectic collection of music that crosses many genres. Walker (top photo and album cover, second photo) tells us about the journey he took as he broke away from Vasquez’s label and worked to release an album he can truly call his own.

Project Q Atlanta: How would you describe the new album?
Jason Walker: The new record is a mix of acoustic pop and soul with a couple of up-tempo dance numbers. I wanted to try a few different things and expand on my sound a little bit.

What are your favorite tracks?
That is a tough one—really tough. Ugh. I don’t have one favorite, but the songs that I wrote hold a special place in my heart. They are extremely personal statements. I have opened up my heart and my life to my listeners. 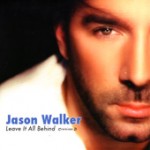 When you began recording, did you feel pressure to deliver another collection of big dance hits, or did the variety come naturally?
I’m not with a label anymore, so I had free reign. I wanted to make the record that I wanted to make, so I got exactly what I wanted. I wrote a lot of the songs, so I had a lot to say. The material just came to me. I had been working with Rami Ramirez and Chris Rodriguez. It all fell into place. It meshed, and it worked.

What’s been the reaction so far?
So far, the reaction has been beautiful. I’m hoping that my hardcore dance fans can … I’m wondering what they’re going to think. I didn’t want to make the same kind of record [like before]. My life has definitely changed in the last two years – not just my label relationship, but all aspects of my life have changed. Rhythm and blues and soul and pop are not strange to me. I grew up singing in a blues band in Pittsburgh. I used to sing power ballads.

When I moved to New York, I met Junior and worked with him. It planted a seed that dance music was all I wanted to do, but that wasn’t true. This was the next step in what I wanted to say. Just because I’m spreading my wings doesn’t mean I’m not going to sing dance music. I love it. I was raised on it. I just wanted to round it out.

What was your creative process like, and how have you changed?
It was extraordinary – not that it wasn’t a pain in the ass sometimes. I was involved in the writing, recording, and producing process. I had a vision. I knew what I wanted it to be, and I knew how I wanted it to sound. Erykah Badu said, “I’m an artist and I’m sensitive and I care about my shit,” and she was right.

To the core, I am the same artist I’ve always been. I feel like the wells have sprung open, and I have a lot to say. My whole next album is already written. There has been an explosion of creativity and music for me. More than a few people have told me “I’d love for you to sing a ballad,” including my dad. I wanted to do that. I felt like it was time.

If you could go back in time and give your younger self some advice, what would it be?
It would be, “Move to New York when you’re 18.” I waited four years. I would have had extra years to hit the pavement, and who knows? If you want to be a singer and you want to do something like theater or the arts, college will always be there. When I first moved, my first two years were awful. I hate to think about them. They were terrible. But I made myself do something for my career every day.

If you can be regimented, it will pay off. And sing your own songs, don’t sing someone else’s. Flex your writing muscles early.

Is there any chance of getting you to Atlanta for a performance?
I would love to come to Atlanta. I heard – and I only believe half of what I hear – that a few years ago, one of the big clubs wouldn’t book me because I wasn’t a girl. I’m a guy, I’m gay, and I sound like a black woman!

What’s next for you?
We shot a video with Karl Giant for “The Song in My Heart.” It’s really gorgeous. He’s insane. He’s one of the most creative people I’ve met in my entire life. I sent him some songs and I asked him what he liked and what he connected with. He listened to that track and he called me and said, “I’m crying right now.” So we shot the video for that. It will come out in about a month. We’re already working on the next video for the record.

“Leave it All Behind” the single came out last week and it’s doing well. My next album will probably be an electronic record and it’s finished. I’ve already started writing my next pop album and I just have to record it. So no more two-year disappearances!

For more on Walker, visit his website. “Leave It All Behind” MP3s, including several song remixes, are available on iTunes and Amazon, among other online outlets. A hard copy CD version is not yet in stores.