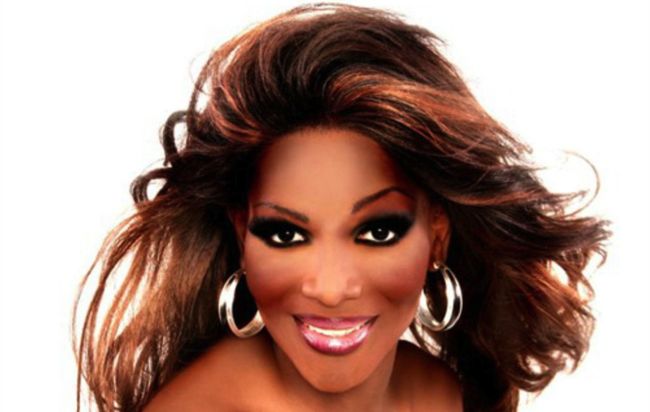 She lands at Burkhart's for performances Thursday and Friday, adding to the growing list of “RuPaul's” alums appearing at the bar in recent months. Hey there, Serena ChaCha, Morgan McMichaels, Shangela, Raven, Sonique and Shannel. (Click to view photos from their appearances.) So, giddy with my memories of her “Oh no, she better don't!” and “Don't try it, little boy,” I fangirl-ed out at the chance to talk with her ahead of her gay Atlanta stops.

Well hellloooooo, Miss Coco! I like to start my interviews the same way, so forgive me for asking this tired question, but tell us about you. Who is Coco Montrese?

Coco Montrese is a character created in the early 1990’s by Martin Cooper, a Theater Arts major at Alabama State University. I was discovered by Mokha Montrese, hence the last name. Originally, female impersonation was supposed to just be a hobby but it quickly became a business with help and guidance from area greats like Mokha, Shawnna Brooks, Alicia Kelly, Tasha Long, Amber Starr, Yosmine Campbell-Starr, Neisha Dupree, Tamisha Iman, Stasha Sanchez, Basia and the Lady Jackie, just to name a few.

How has life been since “RuPaul’s Drag Race” aired?

Life since “Drag Race” has been absolutely amazing! I never thought it would be this great. The fans I’ve gotten from the show are unbelievable. My life has changed a lot in the past few months. Between touring and performing at home, in Frank Marino’s “Divas Las Vegas” at the Quad Hotel & Casino on the Las Vegas strip, I have no time to even stop and rest, but I love it. I never feel more alive than when I’m on stage.

How do you feel about the editing of your season of “Drag Race?” Did it paint a more negative picture than actual events?

Reality TV is reality TV and, I’ve learned, you have to take it for what it's worth. Negative or positive, I am very happy that I stayed true to myself. I was honest and upfront and, if I needed to say something to someone, I said it to them directly, not behind their back or anyone else’s. Of course, sometimes people can't accept your honesty and it makes you not so popular, but I have to be happy with myself at the end of the day. And honey, I wake up happy with the person I am.

We obviously know about your tumultuous relationship with Alyssa Edwards. But who from the show are you the closest to? What about the least?

Believe it or not, I'm actually closest with Alyssa Edwards. We fight like brothers but we love each other like sisters. Who I'm the least close with, well, I would rather not say.

Who are your influences in drag, celebrity or otherwise?

I listed them in the first question, child. (Laugh.) But celebrities such as RuPaul, Frank Marino, Janet Jackson and Rihanna are big influences. Ooh, and I love me some Jocelyn Hernandez from ”Love and Hip Hop”; she is everything to me. I live for her!

You won Miss Gay America 2010. Do you plan on competing in future pageants?

As of right now, I don't see any more pageants in my future. My main focus right now is television, producing and movies. But you never know.

We see the spinoffs that “Drag Race” is spawning, like “Alyssa's Secret” and “Willam's Beatdown.” When can we expect “Coocoo For Coco?”

There’s actually a lot in the works for Coco. Now, I don't wanna give away any secrets, so all I can say is you will just have to wait and see.

What should fans expect at your Burkhart's appearances?

I don't hold back when it's time to hit the stage. Get ready for powerful performances filled with drama, emotions and just plain, feel-good dancing.