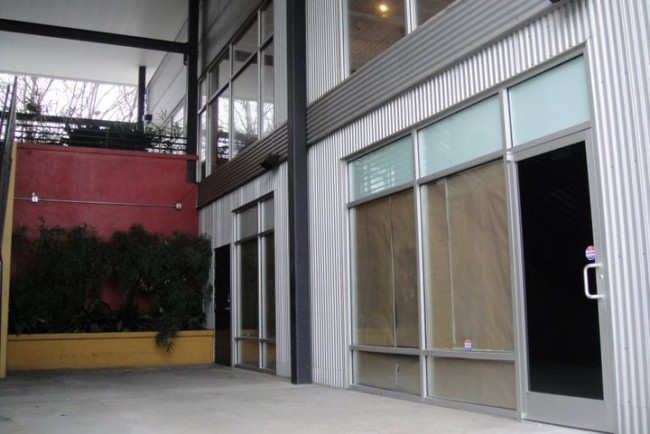 With a pitch of “scruffy, no attitude,” a new gay bar is throttling toward takeoff in mid April with the hope of bringing another neighborhood pub to Southeast Atlanta’s LGBT population.

But don’t fret, Midtown gays. Cockpit Atlanta is but a short drive from Midtown, the traditional home of gay nightlife, and owner Michael Winfield says it will be well worth your while to cross Interstate 20 and head into Grant Park. He’s making it painless by offering easy access, plenty of parking, a patio and food. And food, when translated by the city of Atlanta’s byzantine alcohol licensing process, means Cockpit will fly on Sundays, too.

“One of the most attractive things about the space is that it is very viable to several areas in Southeast Atlanta. There are so many gay people in Cabbagetown, East Atlanta, East Lake, Kirkwood,” says owner Michael Winfield.

“It is positioned very well and serves all of those neighborhoods. The accessibility off the interstate is good. People can use it as a first stop. It is nicely positioned to serve a lot of neighborhoods that have a high gay population,” he adds.

Scoff all you want, but then consider this: Cockpit sits just a short drive from Mary’s, the award-winning gay bar in East Atlanta Village, and its neighbor My Sisters Room. Gay bars can thrive outside Midtown.

“Where one bar is, another ones comes up,” says Winfield, who conveys a respect for the eclectic success that is Mary’s hallmark. “I want to work with [Mary’s] to make East Atlanta-Grant Park a place for gay people to stay in their neighborhood and have a good time.”

Cockpit lands in a tight commercial strip on Boulevard next to a fire station, hoping to turn the 1,900-square-foot space into a mix of rustic and industrial that features a large bar in its center made of reclaimed wood from a mill in North Carolina, where Winfield once owned a bed and breakfast. The space has housed a handful of restaurants that flopped, a history that its new tenant hopes to move past thanks to 15 years in the service industry.

His nearly 18 months with Red Chair back in 2003, when he first moved to Atlanta from Buffalo, helped convince the 39-year-old Winfield to make Cockpit smoke-free. Red Chair launched the concept among Atlanta’s LGBT bars when it opened in 2001 and stayed smokeless until the nightlife mainstay closed its Amsterdam Walk doors in 2007. Today, Mixx Atlanta and Bellissima are smoke free.

“It is non-smoking. I’m definitely hoping that the trend of people is going that way,” Winfield says.

Cockpit’s pitch on its Facebook page is pretty simple: “Scruffy, no attitude, thrill seeking men who desire the company of other men for friendship and fun.” Winfield says he’s aiming for gay men in their 30s and 40s, but stops shy of prematurely pigeonholing the bar and its crowd.

“It’s a neighborhood gay bar. I’m definitely trying to let it define itself. Most of the people in this side of town are guys in their 30s and 40s and more established. Definitely the demographic is going to skew that way. [But] by labeling myself, I am cutting off a lot. I am cautious on putting a very specific label,” Winfield says.

The owner, who says he invested personal funds to renovate the space and create Cockpit, is putting on its finishing touches. Red globe lighting will dot the interior. There are metal tables and TV screens for music videos. A brick wall sits on one side of the bar, and a pool table is in the rear. Two large industrial doors add a special flair. Two sides of the space are floor-to-ceiling windows, though Winfield says the glass fronting Boulevard will be blacked out. A patio courtyard sits just outside one set of doors, making it easy for smokers to get their nicotine fix.

“The play on words, it almost literally started as a joke and it stuck. There will be touches of aviation theme in there. The play on the words with cockpit was fantastic,” he says.

Cockpit is targeting an April 15 launch. But as he navigates through “a million contractor issues,” Winfield says he’ll be able to lock in a date for his grand opening in the coming days.

“That’s less than three weeks, but it’s still doable and that’s what I am aiming for,” he says. “My goal is to open a neighborhood bar, and the space works.”