Cobb teacher says he was targeted, suspended for being gay 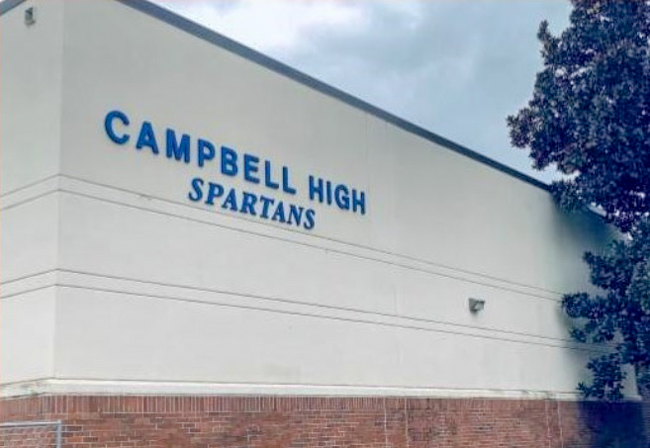 A gay longtime Cobb County teacher accused of “immorality” by the school district is considering legal action after a year-long fight to keep his job ended instead with a five-day suspension.

Spencer Jordan was a drama teacher at Campbell High School for more than 20 years. He faced losing his job after he allowed a male student to stay in his home. The student feared being kicked out for being bisexual and stayed with Jordan and his family overnight, according to the AJC.

“The only conclusion to be drawn is that the school district decided to enforce this policy against Spencer Jordan solely because he is gay,” Robyn Oliver Webb, Jordan’s attorney, told Project Q Atlanta.

The school district accused Jordan of violating its policies against removing a student from school grounds without written permission and discussing a student’s sexuality with them. He was put on leave shortly after the incident in September 2019 and remained out of the classroom for more than a year, according to the AJC.

The district initially opted not to renew Jordan’s contract, but Jordan appealed. A three-person tribunal levied a five-day suspension without pay for Jordan, and the school board agreed during its Oct. 15 meeting.

Webb said the district hasn’t disciplined or suspended any heterosexual teachers or staff who engaged in the same conduct.

“Even the charges against Mr. Jordan beg this conclusion as they charge him with ‘immorality’ for agreeing to take in a troubled student whom Mr. Jordan understood to be unwelcome in his own home,” she said.

“To me, accusing a gay man of immorality for trying to help a male student struggling with his sexuality is an antiquated and offensive reference to Mr. Jordan’s sexuality,” she added.

Jordan not returning to Campbell High

Jordan told the tribunal that before he brought the student home, he spoke with a school counselor who told him she had contacted the student’s mother and that Jordan would not be violating district policy, saying “many teachers have done it in the past,” according to the AJC. The student’s mother told the panel she did not give permission and that she would not kick her son out for being bisexual.

Webb said Jordan will not return to teach at Campbell because the principal and the school district “left no doubt that Mr. Jordan had been placed on leave for ‘inappropriate relations’ with a student.”

“This, combined with the fact that Mr. Jordan remained on leave for more than a year while waiting for a hearing, make it impossible for him to resume teaching at the school he served so well for 21 years,” she said.

“We are working with the school district to determine where he will be placed, but it is my understanding he will not be teaching drama or theater,” Webb added.

A state lawmaker from Fayetteville proposed a bill that critics said could be used as a “sword for discrimination” against LGBTQ students in Georgia. State...
Read more
News

From A to Lil Nas X, the Out Georgia Business Alliance unveiled its first-ever list of the Most Influential LGBTQ+ Georgians this week. It...
Read more

After a fascinating chat with out-late lesbians, the popularity of our own Podcast Q plus several new audio offerings by LGBTQ Atlantans, we got...
Read more
Load more
17,369FansLike
5,928FollowersFollow
7,675FollowersFollow