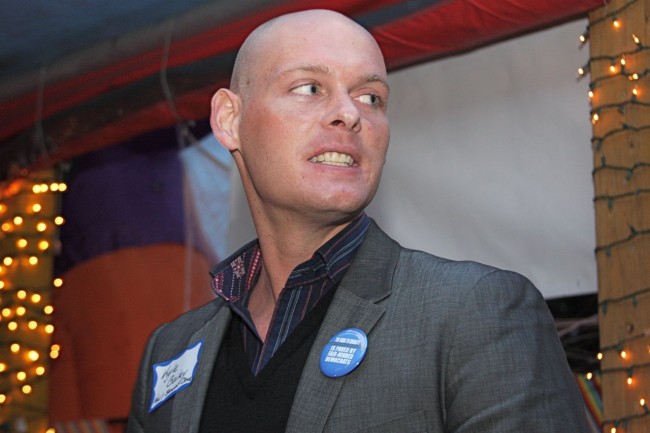 MORE | View our full coverage of the Eagle raid

The letter comes just days before Atlanta voters pick new leaders for City Hall and continues the public pressure over the police department’s controversial raid of the Eagle on Sept. 10. The letter was made public by Kyle Bailey (photo), an Atlanta activist and interim executive director of National Stonewall Democrats, and is signed by 14 other prominent gay and progressive activists.

They also urge continued “proper investigation and oversight” for the police department’s internal investigation into complaints that patrons of the Eagle were mistreated during the raid. Additionally, the letter lobbies for boosting the salaries of police officers and firefighters, and the rehiring of police officers who have left APD for other agencies.

It’s unacceptable that our police department is under-funded, under-staffed and under-supported by the city of Atlanta. In tough times – when the economy is down, and crime is dramatically increasing – leadership is required to establish priorities and ensure that public safety comes first. Public safety should be the first priority of any government at all times – and according to our city charter that’s exactly what our city’s top priority is supposed to be.

The letter takes aim at the continuing controversy over the Eagle raid.

The raid resulted in eight arrests, three protests, calls from elected officials and political candidates for an investigation into police tactics, a public forum with police and LGBT activists and a public flap over grand marshals for the upcoming Pride parade.

The letter comes as several mayoral candidates signed a pledge from Building Locally to Organize for Community Safety to investigate the police department’s Red Dog Unit, which took part in the Sept. 10 Eagle raid.