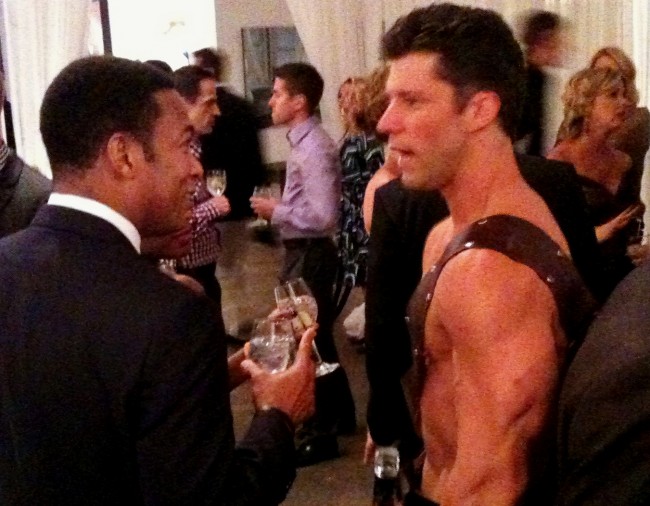 When GLAAD rolled out its big gay gala on Saturday, scores of boldface names joined the crowd of hundreds. Among the better-known among them was CNN’s Don Lemon, the Atlanta news hound who hasn’t looked back since coming out — unless it was to score a second glimpse of a hunky warrior.

Lemon made sure to get an eyeful when one of the more muscled of the ROKK Vodka gladiators walked by, and Lemon pulled him aside during the VIP reception ahead of Saturday’s main event (photo). A conversation ensued, at least until Lemon’s boyfriend, Ben Tinker, stepped in to, ahem, oversee Lemon’s interview. Marriage definitely wasn’t on Lemon’s mind during this face-to-face.