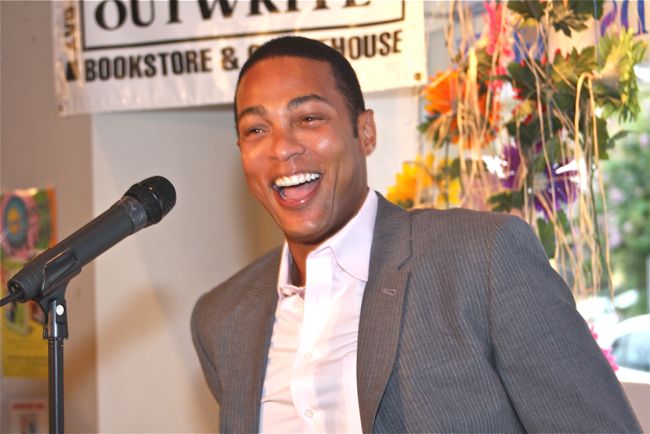 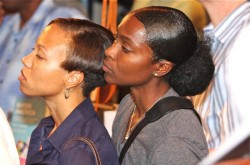 CNN anchor Don Lemon peeled back the veneer of his television personality on Wednesday to dish on his new book, his flamboyant gay friends and his struggle to overcome being molested and growing up gay.

Lemon (top, third photos), who came out publicly in his new memoir “Transparent,” discussed the work before a packed crowd at Outwrite Bookstore. He was relaxed, engaging and even charming as he discussed the book and his struggle over just how personally revealing he should be in it.

“As I started writing [the memoir] and as I started reading them back, I would start to cry and [Lemon’s boyfriend] Ben would look at me and cry and then he would laugh at me and say you’re crazy and I’d say it just felt so good,” Lemon said Wednesday. 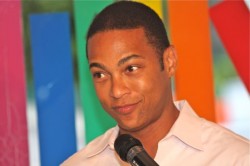 Lemon, in an interview with Project Q Atlanta ahead of his Outwrite appearance, discussed his surprise at how well his story and coming out has been received. He said Wednesday that he still remains amazed at the outpouring of support from LGBT fans.

Even with his struggles over writing “Transparent,” Lemon said he wanted the book to use his life as inspiration for others who struggled with the same issues of being molested and growing up gay. 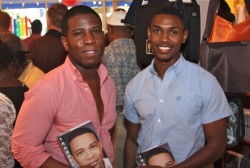 “If this book is supposed to be inspirational, supposed to be about my life, and I’m supposed to be encouraging, then my story is the best example of that because I had challenges growing up and I still have challenges. In order to encourage people, I need to be truthful. I have been a gay man for as long as I can remember and a gay child before that. And I have been pretty successful at being that person and pretty happy at it,” Lemon said.

“I just figured you know what, it’s just time to be real,” he added. 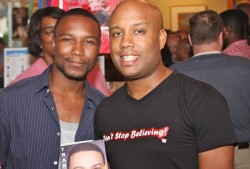 But Lemon’s appearance was not all serious. He talked of heading to Pensacola with friends to enjoy the big gay celebration in the Florida town each Memorial Day Weekend, living in New York’s popular gay neighborhood Chelsea, and queening out with buddies.

“I love my flamboyant friends. I have my nelly friends, I have my queeny friends. But we are multi-faceted as gay people. There needs to be someone like me. I can girl out and queen out in front of my friends and do whatever. Let’s just be real,” Lemon said to laughs from the crowd.