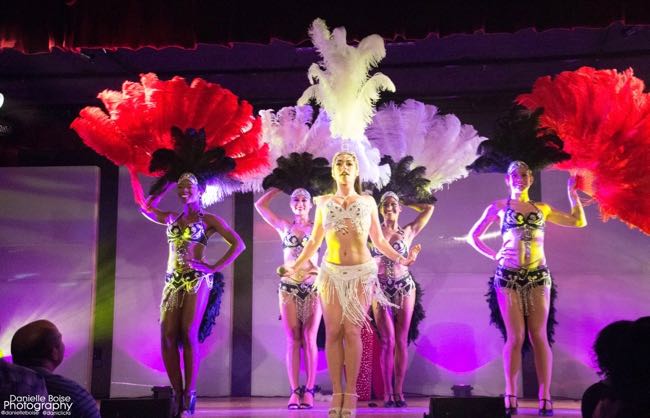 Singers. Dancers. Musicians. And even an Atlanta drag queen with a personality that fills any venue. It's all packed into a naughty thrill ride called Clubesque.

It's a modern cabaret that hits the stage of City Winery on Friday packed with plenty of local flair, including host Nicole Paige Brooks. It's the creation of Sunni Stephens, a singer, songwriter and executive producer of the show.

We chatted with Stephens ahead of the event at City Winery to find out more about what fans can expect, this love child of cabaret and burlesque, and Nicole Paige Brooks.

Facebook tells me you're from Miami, so please share what you do there and how you and the event in Atlanta came to be.

I live in Miami, but Atlanta is my second home. I started the show here and have established my base here since 2014. The show premiered in 2014 at East Andrews and quickly transitioned to Center Stage where we had a residency there for over a year. We premiered Season 2 at City Winery October 2015. We have been transitioning the show to Miami and now we are in both Atlanta and Miami. The show has toured as far as India, Italy and all over the U.S.

I am a published singer, songwriter, and small screenwriter. I have been doing this professionally since 2008. I am also an executive in the healthcare field.

The show is described as “Vegas, Broadway, cabaret and burlesque coming together.” What does that mean?

We have taken the musicality of Broadway along with the theatrics of Las Vegas and fused them together to create a story that celebrates the modern day woman. Our show is cabaret style, meaning we have pulled from all genres of entertainment to express this story through song, dance and movement.

How does all of that come together in a 90-minute show?

We set the story to take you through the old glamour of Hollywood through today. We have four acts and a finale, which consists of an EDM style party at the end. 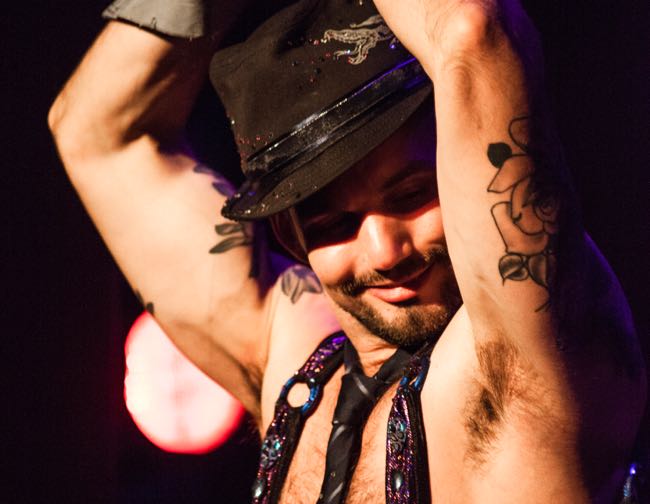 How many performers are involved with the show and what will they be doing?

This show is hosted by Atlanta’s Mouth of the South Nicole Paige Brooks. It features performances by Kayte Burgess, Lisa Denise, Gisette Valentin, Ezama Loi, Mello Dope, Kate McMahon, and a host of other dancers (Atlanta) as well as Noel Leon (Miami – the Palace) and dancers from Brazil.

She is the host of the show. She started out as the drag performer, however her wittiness and uncensorship made her the perfect fit to take over as host when Kyle Collins moved out of Atlanta.

What can the audience expect from the show on Friday?

Everything. Entertainment. No Rules. We are often described as the Cirque du Soiel of Cabaret The Facebook invite describes it as “a sexy glamour-filled thrill ride.”

DJ Mello AtlFever, Noel Leon and Yemi Adebesin Conga are also on tap for Friday. Tell us about them.

DJ Mello AtlFever is the official Clubesque DJ and the MC of the EDM dance party. He keeps you out of your seat.

Noel Leon is our resident Miami host and drag performer. She will be making her Atlanta debut on Friday. You can catch her at Palace (Miami) and on the “Late Late Show.”

Yemi Conga is an African percussionist from the Conga that has been living in Atlanta for several years now. He has an Afro Beat Band that will be opening the show and also playing through the show.

The venue is City Winery. Tell us about that and what the crowd can expect in this place.

City Winery is in Ponce City Market. It is a music venue that has state of the art sound and visual. We have put our Clubesque spin on it, so you can make it a real night out complete with dinner, cocktails and whatever else you can imagine. We will be celebrating the birthdays of three cast members on Friday, so we will have a special edition wine as well as a lot of other surprises. There is an after hours speakeasy where we will have an after-after party.

What else should we know about the show?

Get your tickets right here!