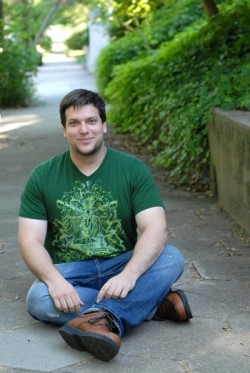 Gay journalist and part-time rapper Matthew Cardinale is taking on City of Atlanta attorneys again, this time over two closed-door meetings a gay advisory board had with top city officials to discuss the botched Eagle raid.

It’s really becoming a cottage industry for Cardinale, the gay scribe behind the Atlanta Progressive News. He’s a nag when it comes to public comments at City Council meetings and closed-door meetings that he argues should be open to the public.

That’s the issue in his current complaint. When the Atlanta police LGBT advisory board met with Mayor Kasim Reed on July 26 and police Chief George Turner on July 29, Cardinale argues that the meetings should have been open to the media and public. The nine-member panel voted 7-2 to close the doors and shut out the media in the hopes that private sessions would provide a more forthcoming discussion.

Now, Cardinale is tangling with the city attorney’s office, which not surprisingly argues that the gay advisory board isn’t subject to the state’s Open Meetings Act and can host private sessions. Then again, it’s the same bunch of city attorneys that didn’t think that Atlanta police needed search warrants before raiding the Eagle nearly two years ago. Look how that turned out for them.

Now it’s on to court. Cardinale says he’ll add this issue to a lawsuit over open meetings that’s moving through Fulton Superior Court. In October, Cardinale heads to the Georgia Supreme Court as justices hear his arguments in a case over public comments at Council meetings.

The move by the LGBT advisory board to shut the doors on the Reed and Turner sessions was out of the ordinary for the panel – they typically open their meetings and encourage public comments. At least until you yell at them.

But don’t fret, disgruntled Eagle gays. You’ll have another chance to chew over the raid and question Reed and Turner about it during a town hall on Sept. 28. Unless, you’re Jewish, as the public vent session falls on the start of Rosh Hashanah.