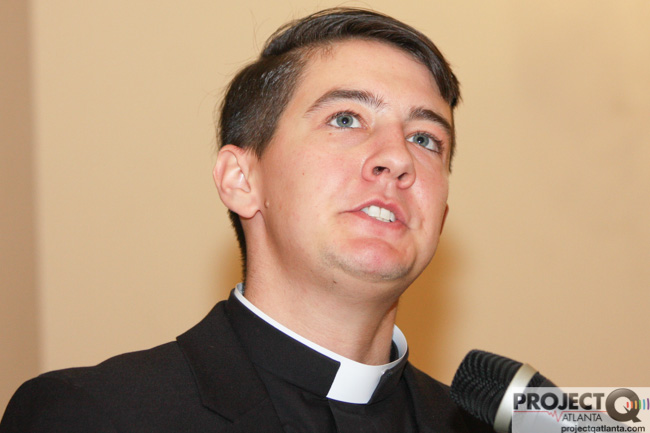 A diverse group of LGBT clergy and progressive allies criticized a “religious freedom” bill in the Georgia Senate, calling the measure “bad fruit” and an allergen that will wreak misery.

The faith leaders were taking aim at Senate Bill 233, a “religious freedom” bill introduced this week that revived a contentious debate that has consumed lawmakers for several years.

They were joined during the press conference Thursday at the State Capitol by Reps. Stacey Evans and Sam Park – along with Jeff Graham, Georgia Equality's executive director. The trio unveiled comprehensive civil rights legislation that would protect LGBT people from discrimination in housing, employment and public accommodations.

Listen to the full press conference below. 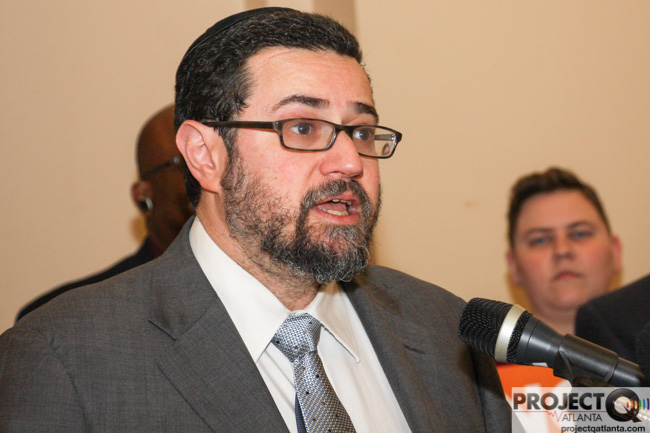 “This is a bill which, although it seems relatively innocuous, has the capability to do a great deal of harm to the citizens of our state. This is a bill which more than anything else reminds me of pollen. You can't do anything about pollen. Every year it shows up, it causes its misery and then it eventually gets washed down the drain. This bill is legislative pollen,” Heller said. 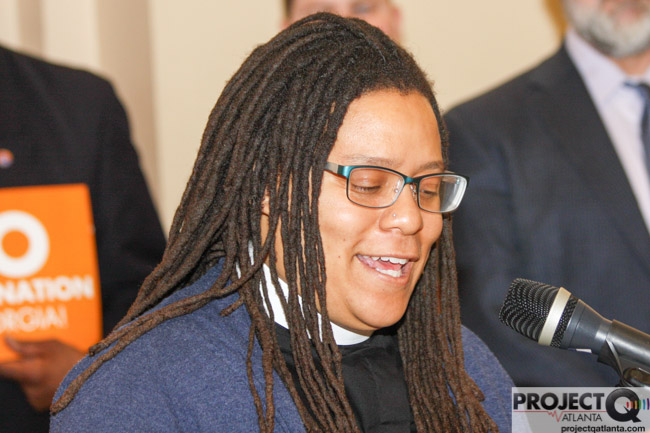 “This bill is a mischaracterization of our love for Jesus and of our neighbor and our selves. This bill is bad fruit,” Jackson said.

“How dare we call ourselves followers of Christ and then presume to refuse to serve people in our places of business because of their sexual identity or their marital status,” she added.

“We become hypocrites that Jesus warns us against when we use a bill like this bill, RFRA, to refuse employment to members in the LGBTQ community who are trying to do the same thing that all of us are doing, simply trying to work to support our families,” Jackson said. 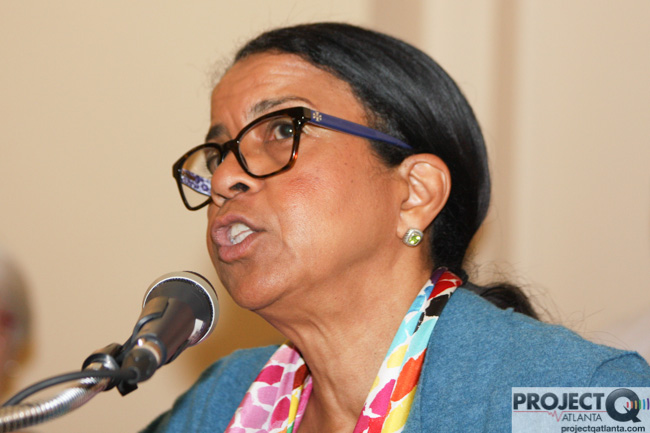 Andrea Young, executive director of the ACLU of Georgia, said the legislation provides an excuse to target LGBT people.

“The ALCU has fought for decades to defend individual rights and religious freedom. We oppose Senate Bill 233 because it could allow individuals to use their religious beliefs as an excuse to harm others,” Young said.

“This bill can be invoked to undermine local anti-discrimination laws that protect lesbian, gay, bisexual and transgender people, allowing people or businesses to deny employment, housing or services based on their religious views. And let us be clear. This harm can extend to anyone,” she said.

“I am here to ask our elected officials to work for a state where all are welcome and free to live their lives away from discrimination,” Sorrells said.

“I hope that we'll move away from the pollen season and instead begin to do something right and positive to protect people. The freedom to practice our faith is part of what makes our country great. But that freedom is not at risk,” Sorrells added.

“However, LGBTQ people and others face daily discrimination and are at risk and need our rights protected. We are at risk for losing jobs, for facing discrimination in healthcare settings and public accommodations simply for trying to live our lives and go about our day,” Sorrells said.