Clay Aiken wants you to vote him into Congress 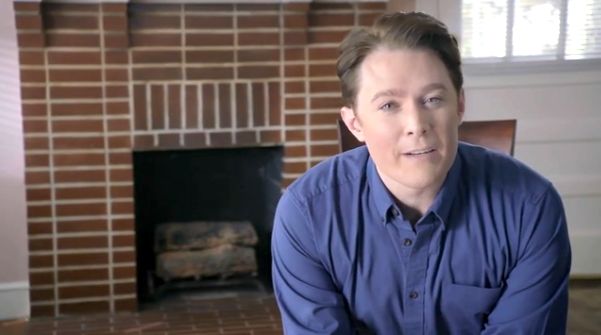 Gay dad Clay Aiken came out Wednesday to confirm what everyone else already knew. No, not that. But that the pop singer is running for Congress to represent the state he once shamed for being sort of bigoted and dumb.

In a four-minute video, Democrat Aiken, 35, said Wednesday that he wants to unseat Republican U.S. Rep. Renee Ellmers for North Carolina's 2nd congressional district, ending weeks of speculation that the “American Idol” runner-up would dip his toes into the race. But first he must best two other Democrats.

Despite entering the race, Aiken wants to be clear that he's not a politician.

“I am not a politician. I never want to be one. But I do want to bring back, at least to my corner of North Carolina, the idea that someone can go to Washington to represent all the people, whether they voted for you or not,” he says in the campaign video.

Aiken would join a Congress that includes six LGBT members. Does he have a shot? Nuh-uh, political observers say. But it will be fun to watch.

“I think this will become the highest profile, non-competitive race in the country. If Aiken wasn't running as a Democrat in a Republican district in President Obama's second midterm, he might have a decent shot,” Nathan Gonzales, deputy editor of the non-partisan Rothenberg Political Report, told CNN. “Being on American idol doesn't change the fact that he's a Democrat in a Republican district.”