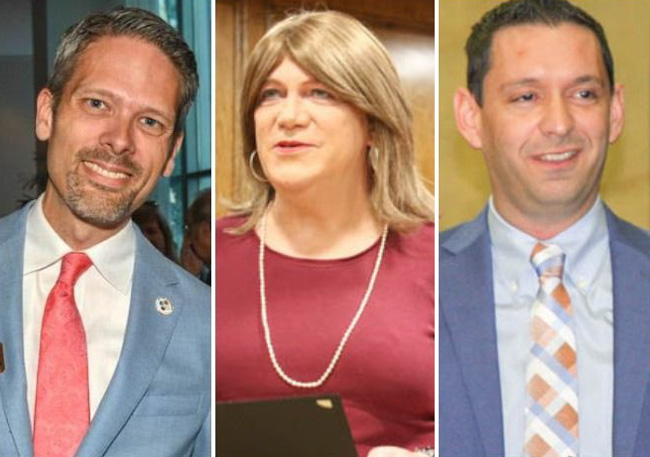 The City of Doraville – with a gay mayor and two LGBTQ city council members – has paid hundreds of thousands of dollars to an attorney who fought against marriage equality and transgender rights.

The city has hired Scott Bergthold for several legal battles against nightclubs and adult businesses going back to 2013. City leaders said they will continue to use him in their long-running fight against a strip club on Peachtree Industrial Boulevard.

Scott Bergthold has said AIDS and sexually transmitted diseases are the results of “America’s moral decay.” He fought gay marriage in California and domestic partnerships in Chattanooga, and he has long been affiliated with the Alliance Defending Freedom. The organization, identified as a hate group by the Southern Poverty Law Center, has fought LGBTQ equality in metro Atlanta and across the county. Project Q Atlanta first detailed Bergthold’s anti-LGBTQ record in April 2019.

Doraville paid Bergthold’s law firm, based in Chattanooga, $502,000 between June 2013 and January 2020, according to a review of invoices by Project Q. The city provided 115 pages of invoices through an Open Records Act request. Bergthold’s firm billed Riley McClendon, a law firm that serves as the city’s attorney, and that firm then billed the city for reimbursements for the payments.

Bergthold’s firm charges $150 per hour. The city redacted details from the invoices about specific tasks Bergthold carried out on its behalf. Doraville hired Bergthold in at least four cases, according to the invoices. Bergthold has spent his career working to close sexually-oriented businesses across the country.

In Doraville, Bergthold represents the city in its legal efforts to shut down Oasis Goodtime Emporium, which bills itself as a burlesque club.

Doraville also made payments to Bergthold for a case against Shooter Alley, a strip club on Buford Highway, from May 2015 to September 2017. The club sued to challenge the city’s adult entertainment ordinance in 2014 and the city countersued. A DeKalb Superior Court judge granted a permanent injunction against it, according to the lawsuit. Subsequent appeals failed and the club has since closed.

Doraville made payments to Bergthold for a case against Twin Cinemas, an adult movie theater on Buford Highway, from December 2015 to November 2016.

“We had an adult license and instead of challenging the license, they claimed that sex was going on among customers,” said Alan Begner, the attorney for Twin Cinemas. He also represents Oasis in its lawsuit.

The theater settled with the city on a nuisance charge and has since closed, according to Begner. (Begner has also served as an attorney for Initial Media, which is Project Q’s parent company.)

Doraville also paid Bergthold in its case against Acapulco’s, a restaurant and nightclub on Pleasantdale Road, between April 2017 and June 2019. We have not heard back from club attorney Aaron Clark about the details of that case, and the business (which was not sexually oriented) has since closed. 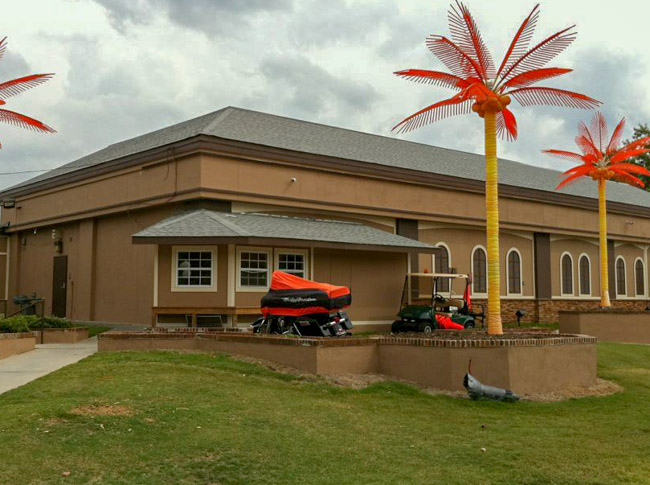 In addition to having several LGBTQ city leaders, Doraville also passed a sweeping LGBTQ-inclusive nondiscrimination ordinance in 2018. Former Doraville City Councilmember Joseph Geierman (top photo left) became the city’s first-ever LGBTQ mayor in January. But he declined to comment on Bergthold’s anti-LGBTQ views or the city’s repeated use of him.

“This situation relates to pending litigation, and I cannot risk the city’s position by commenting on the case or our representation,” Geierman said. “Once the matter is settled, I’ll be happy to talk with you about the issue.”

Stephe Koontz (top photo middle) became Georgia’s only transgender elected official when she joined the Doraville City Council in 2018. She said if she knew about Bergthold’s anti-LGBTQ views before the city hired him in 2013, she would have lobbied against it. But for now, the city could compromise its legal fights if it removed Bergthold, she said.

“To bring in somebody new in this late in the game and get them up to speed could compromise the case,” Koontz said. “Just getting them up to speed and the number of billable hours the attorney would have to spend would be a waste of taxpayers’ money.”

Koontz said she met with Bergthold in December and discussed his views.

“I think I was able to tell him my story,” she said. “I think it’s important for us to sit down with people who may have any anti-LGBTQ feelings and meet them one-on-one and let them see the human side of who we are, why we are, what we are.”

Andy Yeoman (top photo right), who became the second LGBTQ member of the council in January, declined to address Bergthold’s views. He said he hoped to have a final ruling in the Oasis case this week.

“As a new city council member, I want to see Doraville move forward and make all areas of the city a great place to live in and invest through purposeful actions,” he said.

Court fight could drag on for years

Oasis attorney Eric Coffelt said the case could continue for years due to a new lawsuit he filed in the U.S. District Court of Atlanta on Feb. 7. DeKalb Superior Court Judge Asha Jackson issued a permanent injunction against the club in December, effectively ordering it to shut down.

The new legal action claims that Doraville is trying to drive Oasis “out of existence” to replace it with a business that has a higher tax revenue, according to the lawsuit.

“We’re talking about another two or three years minimum that Doraville’s going to be paying Scott Bergthold if they want to keep him,” Coffelt said.

The City of Doraville, in a statement to Project Q, said Oasis “has sued the city multiple times and lost at every level, in every case.”

“It is past time for Oasis to comply with Doraville’s valid, court-tested laws and the permanent injunction entered in December 2019 by DeKalb County Superior Court,” the statement said.

The city will return to court this month and ask for attorneys’ fees, fines and another order closing Oasis, according to the statement.

Bergthold did not respond to Project Q’s questions about his anti-LGBTQ views and the Oasis case.

Bergthold also represents the City of Brookhaven and Gwinnett County in lawsuits against sexually-oriented businesses. Brookhaven paid Bergthold more than $454,000 to defend it in a federal lawsuit over an adult store being able to sell “sexual devices,” according to Reporter Newspapers.

Bergthold represented the City of Atlanta in its long-running legal battle against Tokyo Valentino on Cheshire Bridge Road. The city paid his law firm at least $267,000 for its services. The city dropped Bergthold from the case after losing an appeal in June – about a month after Project Q’s story on Bergthold’s anti-LGBTQ views.

Atlanta’s case against Tokyo Valentino is ongoing. The city asked a federal court for a permanent injunction against the adult superstore in November.

UPDATE | Koontz and Yeoman followed up with Project Q after this story was published to say that Acapulco’s is now closed. The story has been updated to reflect that.