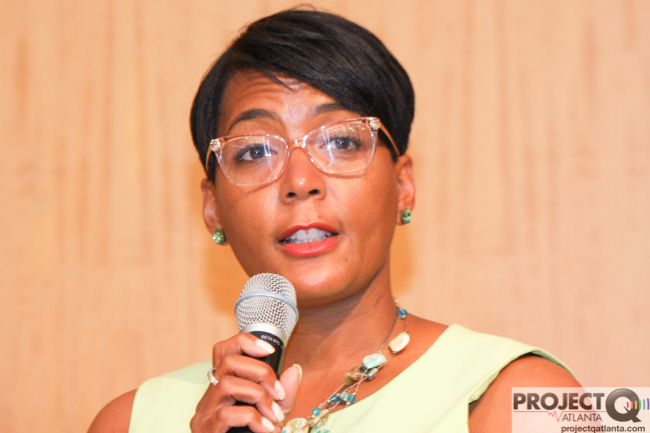 The City of Atlanta – in its long-running legal battle against a sexually-oriented business on Cheshire Bridge Road – paid hundreds of thousands of dollars to an attorney who has fought against marriage equality and transgender rights.

Scott Bergthold – who has said AIDS and sexually transmitted diseases are the results of “America’s moral decay” – represents the city in its legal efforts to shut down Tokyo Valentino, the self-proclaimed “adult superstore” on Cheshire Bridge. Bergthold has spent his career working to close sexually-oriented businesses across the country.

The city paid Bergthold’s eponymous law firm, based in Chattanooga, $267,000 between November 2016 and December 2018, according to a review of invoices by Project Q Atlanta. The city provided 86 pages of detailed invoices from Bergthold through an Open Records Act request. Bergthold’s firm bills the city $260 per hour for its work.

The invoices detail work by Bergthold and others at his firm on the city’s legal case against Tokyo Valentino. The work includes writing legal drafts, preparing for depositions, conference calls, copies and travel from Chattanooga to federal court in downtown Atlanta.

One invoice also details a trip on Oct. 4, 2016 for someone in Bergthold’s firm to Tokyo Valentino for a site inspection, taking photographs and meeting with opposing attorneys. The city was billed for 6.5 hours of work – a total of $1,690.

The total amount paid to Bergthold is likely to increase. The firm has not yet billed the city for any work done in 2019.

Bergthold appeared for the city at a federal hearing in the Tokyo Valentino case on May 1. The case was appealed to a three-judge panel of the 11th Circuit U.S. Court of Appeals, which has not yet issued a ruling.

Project Q detailed Bergthold’s history of anti-LGBTQ work and affiliation with anti-gay organizations on April 30. Neither Bergthold nor a spokesperson for Mayor Keisha Lance Bottoms responded to Project Q’s request for comment. On Tuesday – two weeks later – a spokesperson for Bottoms provided a statement with the results of the Open Records Act request and said Bergthold’s views don’t represent the administration.

“The counsel in question — retained by the previous administration — has concluded the city’s arguments in the matter and we are now awaiting a decision from the 11th Circuit Court of Appeals,” Press Secretary Michael Smith said. “The city only recently became aware of the counsel’s personal views, which are not representative of this administration.”

“We anticipate a favorable ruling and have not precluded the recouping of our legal fees once the appeal is denied,” he said.

Bottoms (photo) took office in January 2018 and has been vocal on LGBTQ matters. She appointed an LGBTQ liaison and created an LGBTQ advisory board, held a City Hall Pride reception, criticized President Donald Trump’s transgender erasure and ban on transgender troops, honored an Armorettes anniversary, invited a snubbed drag queen to read to children at City Hall and called on the state to ban conversion therapy.

Kirk Rich, co-chair of Bottoms’ LGBTQ advisory board, said the panel agrees with the mayor that Bergthold’s anti-LGBTQ views don’t represent those of the city.

“The council’s in agreement with the mayor and we support her efforts to resolve the issues surrounding the pending litigation and look forward to a resolution that mirrors equality and the One Atlanta that we all believe in,” Rich said.

One Atlanta is the city’s equity, diversity and inclusion office.

A ‘history of working against LGBTQ causes’

City Councilmember Mark Clayton objected to Bergthold’s “history of working against LGBTQ causes,” according to the Dallas Observer.

“If this guy was an Aryan leader, we’d be having a totally different conversation,” Clayton said, “But because he doesn’t like gay people, we are where we are.”

Bergthold told Christianity Today in 1999 that AIDS was an example of “the tangible effects of moral decay.”

He also has a longtime affiliation with the anti-LGBTQ legal group Alliance Defending Freedom. ADF gave over $213,000 in grants to Bergthold’s law office between 2010 and 2016, according to a Project Q Atlanta review of its tax records.

Bergthold has also donated money supporting measures to ban same-sex marriage in California and he said an ordinance that would have added domestic partner benefits in Chattanooga, Tenn., would also have allowed transgender people to sue the bathrooms associated with their gender.

“[Bergthold] said if a male city employee who considers himself a female goes into the women’s restroom, then a female inside would not be allowed to object,” according to the Chattanoogan. “[City Attorney Wade] Hinton said the ordinance covers those who are transgender.”

Tokyo Valentino has been in a long legal battle with the City of Atlanta going back over 20 years. When Inserection renovated and rebranded into Tokyo Valentino in 2014, the city ruled that the business’s video booths were a code violation and needed to be removed.

Tokyo Valentino sued the city and its zoning board in 2015, claiming their Fourth Amendment rights were being violated. The city countersued, and a federal judge denied the store’s constitutional claims in January 2018.

Attorneys for the store appealed the decision to the 11th Circuit court.

Smith told Project Q in August that Tokyo Valentino’s business “has been deemed illegal since its inception and has illegally expanded through the years.”

Tokyo Valentino’s attorneys said that an injunction against the adult superstore was “fatally defective” and that it should be allowed to remain open.