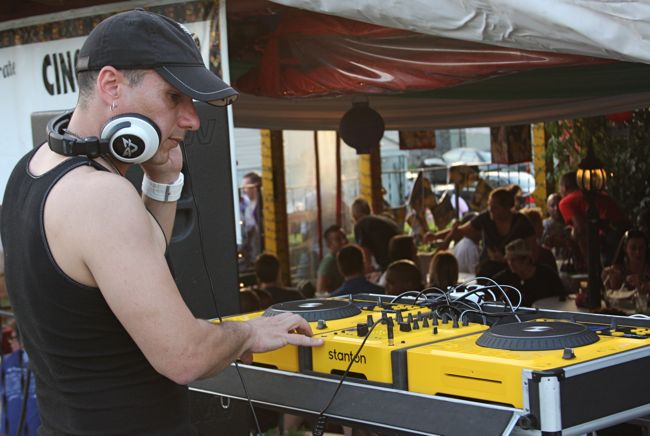 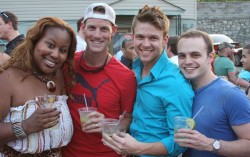 When the Mexican army scored an unlikely victory over French forces some 148 years ago, they had no idea that the commemoration would turn into a fabulously gay party day called Cinco de Mayo.

Yes, the U.S. has taken the celebration of Mexican heritage and pride, commercialized it and turned it into a big fiesta. The gays, like they do with most things, took it a step further and really cranked up the party. 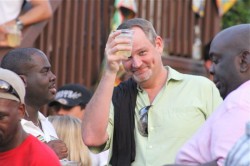 That was the case with hundreds of people who crowded the parking lot, patio and bars of Las Margaritas for the Midtown restaurant’s Cinco de Mayo Double Fiesta. It wasn’t the only LGBT-popular Cinco de Mayo event last night, but it was almost certainly the largest.

The restaurant, which also celebrated its fifth anniversary, topped last year’s event when a crowd of several hundred enjoyed Margarita specials. This year, the evening shifted gears and moved to the Heretic for a two-for-one night of celebrating. A shuttle bus carried people between the locales. 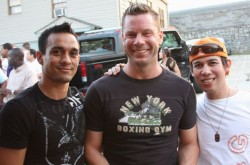 “We thank our community—gay, straight, Spanish, white, everybody—for keeping us in business and enjoy very much being involved in all our communities,” says Oscar Valdivieso, the gay co-owner of Las Margaritas.

“Our philosophy in life and business is ‘Always give back and you will receive.’ Mama has always taught me the best lesson: the joy of helping and giving is good for your life and your business,” he adds.