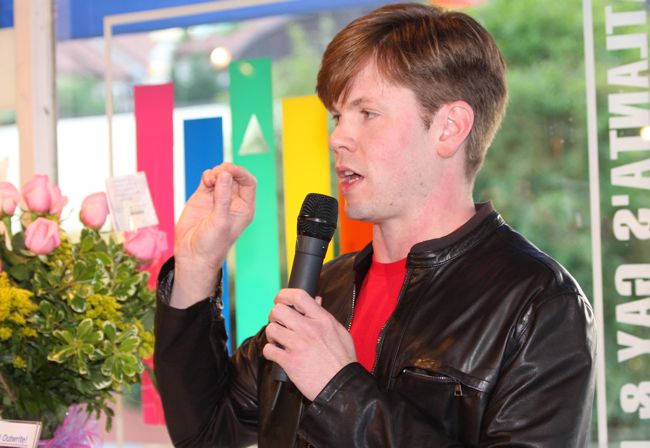 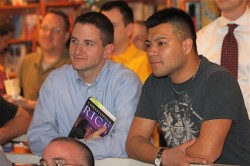 Christopher Rice returned to Atlanta last week to pitch his latest work, which he hopes will live up to the success of his last four novels that all became New York Times Bestsellers.

Rice fielded several questions from an interested crowd during the event at Outwrite Bookstore & Coffehouse on April 13 before he turned to signing copies of the hardback.

In “Moonlit Earth,” the gay author’s fifth novel, the highly anticipated suspense comes as a woman must act to save her gay brother’s reputation—and his life—as he and a Saudi male companion are accused of a terrorist bombing in Hong Kong. It’s Rice’s first straight-woman-gay-male pairing since “The Snow Garden.”

In the novel, Rice also takes a very timely opportunity to delve into homosexuality in Islamic culture through the character of Abid, the man with whom the brother is involved. The author discussed the work in a recent interview with Project Q Atlanta.