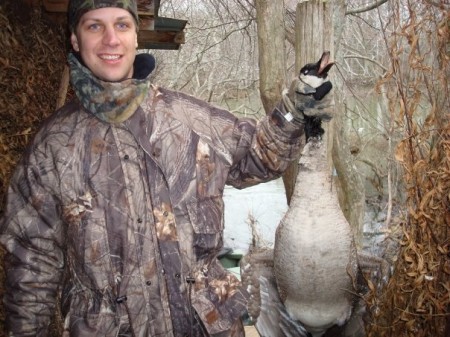 If ever you need a reminder that gay folks who live within the city of Atlanta exist on an island of political blue in a sea of red, consider this.

Homosexuality is a dangerous lifestyle and therefore gays shouldn’t be graced with legal protections.

That’s the summation of the letter Ethan Underwood (photos), a Cummings resident and chair of the Forsyth County Republican Party, wrote to his hometown paper, the Forsyth News.

The best parts of his screed:

The problem is, homosexuality is a dangerous lifestyle.

Several studies over the last 15 years conclude the life expectancy for homosexual men and women is approximately 20-30 years less than the heterosexual population.

In addition, studies have shown the incidence of breast cancer is 300 percent greater in the lesbian population than in their heterosexual counterparts. If any other activity caused such a reduction in life expectancy or propensity for disease, the federal government would regulate it out of existence.

Yet, in the face of these inherent dangers, Congress is now considering hate crimes legislation that would make sexual orientation a protected class.

Even assuming the argument that homosexuals are born gay, if people are born with a congenital condition that decreases their life expectancy by a third, don’t we have an obligation to cure this condition rather than granting it government sanction?

There are legitimate public health concerns that demand taxpayers not be forced to condone and subsidize unhealthy lifestyles. We must not sacrifice prudent public policy and morality for the sake of political correctness. 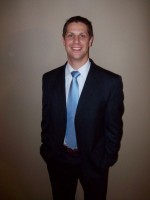 Underwood’s thoughts are pretty much straight from the talking points Republicans used last week in rallying against a hate crimes measure that passed the House in a 249-175 vote.

Rather than me taking the time to mock Underwood for his arguments — laughable if they weren’t so hurtful in the way they feed prejudice against gay people — I’ll point you to Jon Stewart, the progressive host of “The Daily Show.” He took on those opposed to the hate crimes legislation during his show Monday (video below).

When you’re done with that, read a post by Laura Douglas-Brown, the editor of Southern Voice. In the studied fashion that is a hallmark of her journalism, Douglas-Brown picks apart the “studies” and “facts” that Underwood presents. Again, laughable if not for the fact that they aren’t true and they feed the hatred that makes hate crime laws necessary.

While Underwood doesn’t cite his source, the absurd statistics have their roots in the work of Dr. Paul Cameron, who is routinely cited by the most extreme gay rights opponents and whose research has been widely discredited.

To come to the conclusion that gay men die decades earlier than their straight counterparts, Cameron resorted to a flawed comparison of obituaries that appeared in gay and general interest newspapers during a 12 month period — hardly an objective or complete sample, and also during a time when the gay press was filled with obituaries for people with AIDS, for which there was not yet any effective treatment.

The many problems in Cameron’s research, and the obituary study specifically, are deftly taken apart by the good folks at Box Turtle Bulletin.

So, celebrate your Cinco de Mayo safely Inside the Perimeter in a gay-friendly venue. Bask in the knowledge that the city’s mayoral candidates are tripping over themselves to get your vote this November.

But know that OTP, the reality for gay folks is a lot less comfortable and a lot more like the duck Underwood is holding in his left hand. Forsyth County is just a 50-mile trek north on Ga. 400.

What's so great about leather? With Atlanta Leather Pride gearing up this weekend and the old adage try everything once, here's why we wouldn't knock it until you've tried it.
Read more
Q ATLus

Springtime. A time of new beginnings. A time of rebirth. And by the height of summer 2021, a majority of Americans may be vaccinated...
Read more
Q ATLus

In 2021, I predict the return of "the American president," the end of the Kardashian empire, and a transition away from internet and social...
Read more