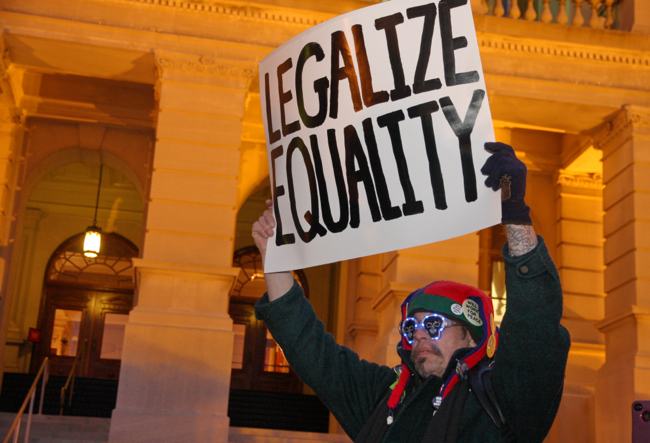 Near-freezing temperatures didn’t stop a group of more than 100 LGBT activists from rallying on the steps of the Gold Dome on Monday. How do you stay warm? Wrap yourself in an equality flag, of course.

The rally in downtown Atlanta, Testify to Love: Light the Way to Justice, was an offshoot of a national effort from Light to Justice to organize actions across the country as the U.S. Supreme Court hears arguments in two gay marriage cases.

The Monday rally is one of a handful of events in Atlanta this week related to the Supreme Court cases. On Wednesday, Georgia Equality and Lambda Legal host a Town Hall Meeting on Marriage Equality. Also Wednesday, Gayborhood, 10th & Piedmont and David magazine host United for Marriage Watch.