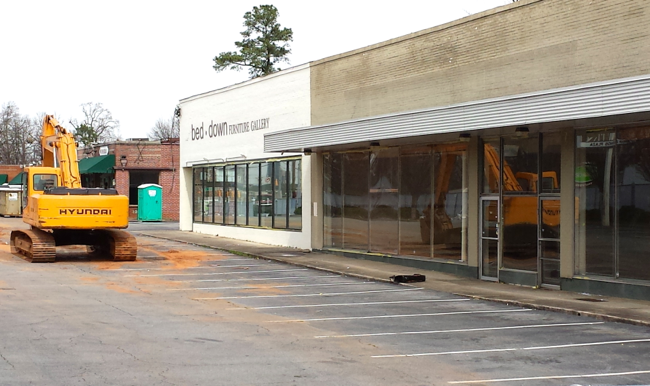 The effort to neuter Cheshire Bridge's sexy parts failed last summer, but the rough-edged corridor will soon see some changes. Consider it Botox with a bulldozer.

A long-delayed effort to transform the Rock Springs strip center – the retail area at Cheshire Bridge and Piedmont roads – is finally getting underway. Gone are gay fave breakfast dive Pot & Pan and chic furniture spot Bed Down. Replacing them on the project are an upscale grocer, apartments and more.

Fuqua said he could not confirm the tenant, but he did share how the project could transform the corridor between Midtown and Buckhead. Today, it’s a hodgepodge of old shopping centers, restaurants and adult establishments.

“It will change everything,” Fuqua said. “It’s really going to feel so much different over there in a year.”

The 6-acre project will include 300 apartments and 34,000 square feet of retail that sits along Piedmont Avenue.

How much will the project change Cheshire Bridge's front door? Compare the photo above with the rendering below. Pretty stark.

The corridor's gloryholes and strip clubs beat down an effort last summer to push them off Cheshire Bridge. But with a massive redevelopment underway, which abuts sex shop Inserection, it's a battle likely to resurface again.

And sassy gay and gray Colonnade, along with its crime-blotter popular sister Cheshire Motor Inn, could find themselves in the redevelopment crosshairs, too. 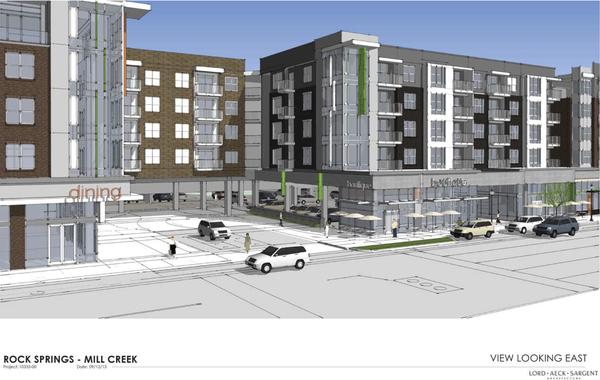