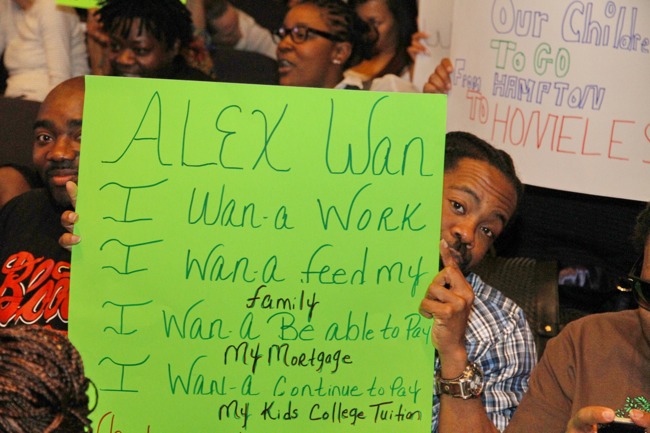 The battle over Cheshire Bridge Road's sexy parts unfolded on Thursday before the city's Zoning Review Board with an eclectic mix of strippers, attorneys, neighborhood activists, developers and LGBT opponents.

After two hours of debate, questions and analysis from city staffers, the board haltingly voted against the measures from gay Atlanta City Council member Alex Wan. But the proposals live for another day: They move to the City Council's Zoning Committee, where Wan serves as vice chair, on May 29 even with the review board's recommendation that they be denied. The full Council could vote on the measures as early as June 3.

Jane Rawlings, chair of Neighborhood Planning Unit-F, says residents of the area overwhelmingly support the measures and dismissed critics as people who come into the area to profit but don't live there.

Alex Oxford, an LGBT activist who likes to pucker up in Piedmont Park, backed Wan's proposals. He argues that Cheshire Bridge's sexually-oriented businesses have had more than a decade to comply with area's zoning.

The most entertaining testimony came from Aubrey Villainess, an attorney for Onyx, who argues that while gay clubs were safe for now, the legislation if approved could make bars with shirtless gays dancing (Jungle and Heretic) and men in jockstraps taking tips (BJ Roosters), next in line as targets.

Rapping journo Matthew Cardinale, who's had a bit of long-running tiff with Wan, argues against the measures. The news editor of Atlanta Progressive News also lives on the corridor and has taken his fights against the City Council to the Georgia Supreme Court. And won.

Wan could not be reached late Thursday for comment.