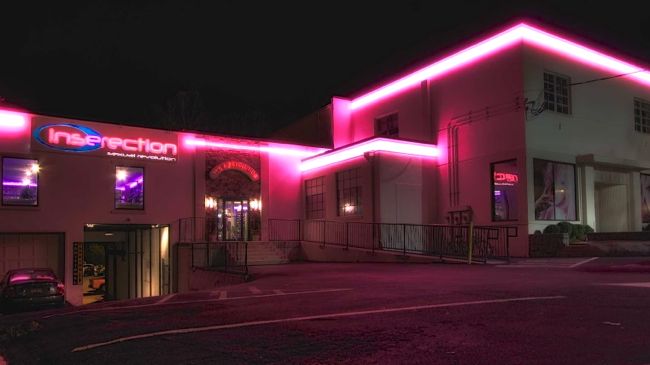 The gay-led effort to cleanse Cheshire Bridge Road of its sexy parts has stalled a second time amid opposition to the plan and concerns over how it will impact the businesses that give the corridor its red-light feel. Alex Wan, the gay Atlanta City Council member who introduced the proposals last November, recently met with gay bar owners to assure them that his plan to scrub the street of its porn palaces, strip clubs and gloryholes won't impact Jungle, Heretic and BJ Roosters. Wan announced Tuesday that he's asked the city's Zoning Review Board to defer action on his plan until early May. The second, 60-day delay will allow him to revise the proposal as he continues to gather feedback, he says. "The end goal here is to refine the strategy so that it accomplishes what we are trying to do and not negatively impact too many folks," Wans tells Project Q Atlanta. "It's all kind of shaping the strategy as we are moving forward. We are not there yet. We don't have a final product and we are still having conversations." Wan's proposal would give new life to a stalled 2005 rezoning effort that called for pushing out sexually-oriented businesses that dot the strip. That would include a handful that cater to gay customers, including Bliss, Inserection, Southern Nights and Starship. Other adult-oriented businesses impacted by the effort include Doll House, Onyx, Uptown Novelty and Naughty Girls Lingerie. 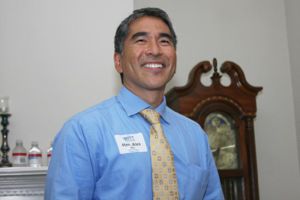 The current proposal would not impact gay bars like the Heretic that have called the strip home for years. Wan (second photo) stressed that to gay owners during a Feb. 20 meeting. "I definitely wanted to talk with the folks from Jungle, BJ's and Heretic because I think people are trying to drag them down the rabbit hole. They are outside the boundaries and not impacted directly by the proposal. I also wanted to hear their thoughts and if they had any concerns," Wan says. "I want them to know that I've been protecting them and have been protecting them since I've gotten into office. They are responsible operators and they are not up for grabs or conversation at least as long as I'm in office," he adds. Neutering Cheshire Bridge and pushing out its infamous gloryholes has prompted critics to accuse Wan of trying to sterilize the corridor and its eclectic character. Alan Begner, the attorney who defended the Eagle 8 and has represented adult-oriented businesses in past cases against the city, says it would destroy "the most wonderful street in Atlanta." Gay journalist Matthew Cardinale says the city should embrace the street's red light district "as a natural outgrowth and expression of our very humanity." But Wan says the effort won't turn the Cheshire Bridge into a bland replica of Buckhead, it's neighbor to the north. "Yuppyfying of the area is just not correct but it is a good scare tactic. But it is not accurate," he says. "This is a plan that was put in place well before I entered the picture. It was a conversation that started more than 15 years ago. I'm trying to help the community stakeholders. This is what they want along the corridor. I follow what the folks that live, work and own property in the area want. That's whose opinions matter most to me. If that's what they want, it's my job to facilitate that," Wan adds.