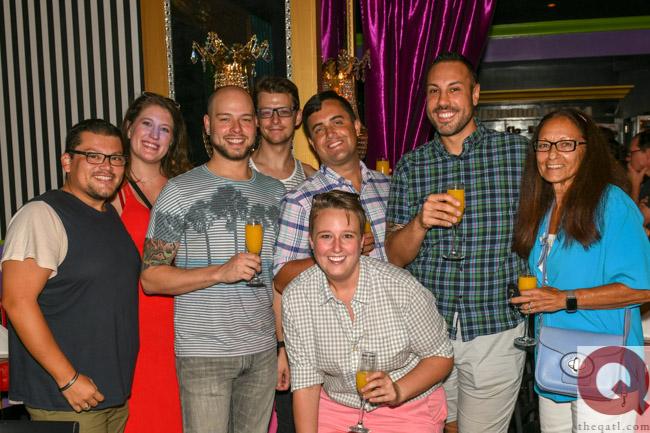 While some races continue to drag on, Georgia voters could agree on one thing on Election Day: they want their Sunday mimosas before 12:30 p.m., thank you very much.

Voters in every metro Atlanta community that had the chance said “yes” to a referendum about moving up Sunday alcohol sales at restaurants from 12:30 p.m. to 11 a.m.

About 65 percent of Forsyth and Gwinnett County voters approved the measure, about 70 percent in Cobb and DeKalb did and a whopping 75 percent of City of Atlanta residents did.

Local governments will establish their own dates for when earlier sales start, according to the AJC.

The possibility of moving the hours up had LGTBQ restaurant owners excited as Election Day neared, citing increased revenue and reducing the 12:30 p.m. rush.

Legislation to allow local governments to put the referendum on the ballot has been floating around for years. The “brunch bill” finally passed in this year’s legislative session.

It wasn't until 2011 when lawmakers gave voters the chance to approve retail sales of alcohol on Sundays. That overwhelmingly passed.

87 cities and counties across Georgia voted on Tuesday’s measure, according to the AJC. Here’s a list of other cities who passed the referendum: