Coming soon to billboards and MARTA buses in Atlanta: A new campaign to fight the stigma and apathy that fuels HIV in a place that is a leader in AIDS cases. And this campaign features at least one face you might recognize: “Real Housewives of Atlanta” gay bestie Dwight Eubanks. The Atlanta-based Centers for Disease Control & Prevention on Monday unrolled Let’s Stop HIV Together, a national campaign that pairs people with HIV and their loved ones with emotional messages. The effort launched in six cities heavily impacted by HIV – Atlanta, Dallas, Los Angeles, New Orleans, New York and Washington, D.C. – with 21 others to be added later this year. “In the fight against HIV, stigma and complacency are among our most insidious opponents,” Kevin Fenton, the part-time Atlantan who heads up the CDC’s National Center for HIV/AIDS, Viral Hepatitis, STD & TB Prevention, said in a prepared statement. “This campaign reminds us that HIV affects every corner of society, and that it will take every one of us—regardless of HIV status, gender, race or sexual orientation—working together to stop this epidemic.” The campaign, through outdoor and transit ads, videos and social media, hopes to show that HIV touches every corner of society and cuts across cultural and demographic boundaries, the CDC says. It's part of the agency’s Act Against AIDS Initiative, a five-year effort that works to draw attention to HIV in the U.S. In addition to Eubanks (bottom image, left), who has added his celebrity panache to the CDC’s HIV efforts in the past, Let’s Stop HIV Together also incudes Jamar Rogers, a semifinalist from NBC’s “The Voice. Rogers revealed on the show that he is HIV-positive and appears in the campaign with his mother, Danielle. “For someone with HIV, love and acceptance can mean the difference between life and death,” Rogers said in a prepared statement. “I’m healthy today because of the love and support of my mother, family and friends, who gave me the courage to get the care and treatment that will keep me singing for decades to come.” 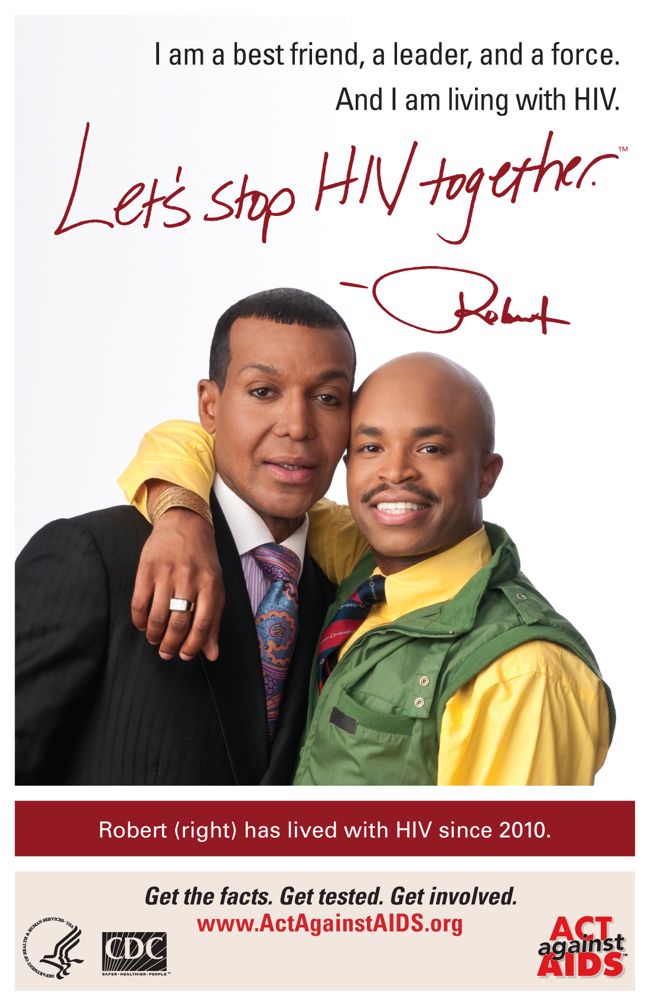