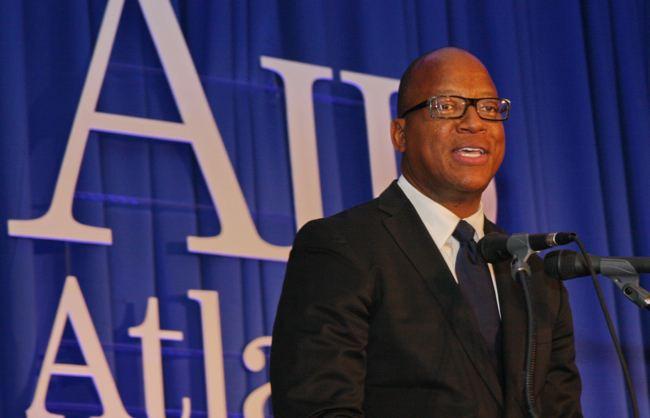 Atlanta resident and guy who knows a thing or two about HIV Kevin Fenton offers a simple message for National Gay Men’s HIV/AIDS Awareness Day: Help stop the devastation of HIV by getting tested.

Gay and bisexual men remain at the epicenter of the HIV epidemic in the U.S. and infection rates are increasing, says Fenton, who is chief of the Centers for Disease Control & Prevention’s HIV efforts. So he issued a call for action ahead of HIV/AIDS Awareness Day on Thursday.

On National Gay Men’s HIV/AIDS Awareness Day, we honor the remarkable history of gay men’s leadership in the fight against the HIV epidemic. Three decades ago, extraordinary community and public health prevention efforts led to dramatic declines in new HIV infections among men who have sex with men. Yet infection rates are now increasing among young gay and bisexual men, particularly men of color. We must not allow another generation to be devastated by this disease. Together we can, and must, revitalize the passion and dedication that helped turn back the HIV epidemic among gay men during its darkest days.

Research and surveillance data from the Centers for Disease Control and Prevention remind us that gay and bisexual men remain at the epicenter of the U.S. HIV epidemic. HIV prevention, education and testing for men who have sex with men remain top CDC priorities. As part of CDC’s High Impact Prevention approach to fighting HIV, we are working to ensure resources are directed to the activities that will have the greatest impact in reducing the toll among gay and bisexual men, and other populations at highest risk.

One of the most important things every gay and bisexual man can do to stop the spread of HIV is to get tested for the disease at least once a year. If you test negative, you’ll have peace of mind and can redouble your efforts to stay safe. And if you test positive, you can get the medical care and support that you need to keep healthy and protect others from infection. It’s a simple, quick way to reduce the toll of HIV, and can ultimately help us to turn the tide in the fight against HIV and AIDS in America.

Fenton, earlier this year, said that “leadership, passion and integrity” among groups including AID Atlanta will help end HIV. He also helped launch a campaign targeting Atlanta’s HIV stigma and apathy. His other bit of advice for combatting HIV: Don’t be a slut. Or if you do slut around, do so safely.