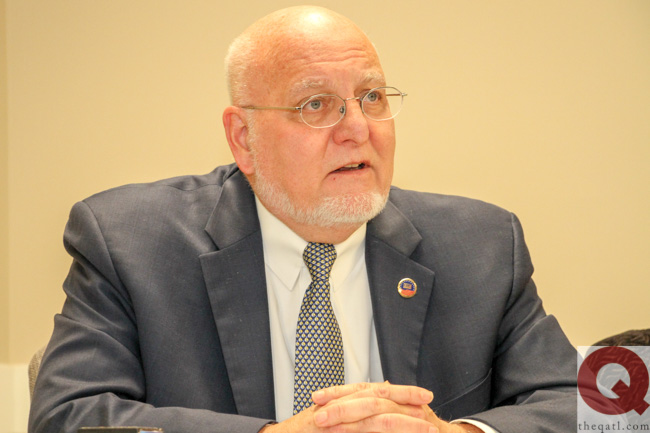 Local, state and federal public health officials met in Decatur on Monday to discuss a plan to end HIV in the U.S., but carrying it out will require a divided Congress to fund the $291 million plan as part of its 2020 budget.

Robert Redfield (photo), director of the Atlanta-based Centers for Disease Control & Prevention, appeared hopeful that the plan will be fully-funded.

“I’m going to remain confident that Congress will give us the resources to get it done,” he said.

President Trump signed a short-term spending bill in November that gives Congress until Dec. 20 to reach the next budget deal, according to the Washington Post.

Redfield and the officials met at the Decatur location of Positive Impact Health Centers. Leaders of the health departments in Cobb, DeKalb, Fulton, Gwinnett and Clayton counties were there, as well as the head of the state health department.

Cobb, DeKalb, Fulton and Gwinnett — which have some of the highest rates of new HIV infections in the U.S. — are targeted as part of the federal plan to end HIV/AIDS by 2030. Forty-eight counties in 19 states — plus seven states overall — are part of the plan.

Redfield was adamant the federal plan to end HIV will work. The goal is to reduce new HIV infections nationwide by 75 percent in the next five years and by at least 90 percent by 2030.

“It’s not just a hope,” he said. “It’s something that we’re going to accomplish.”

He called stigma “the enemy of public health.” 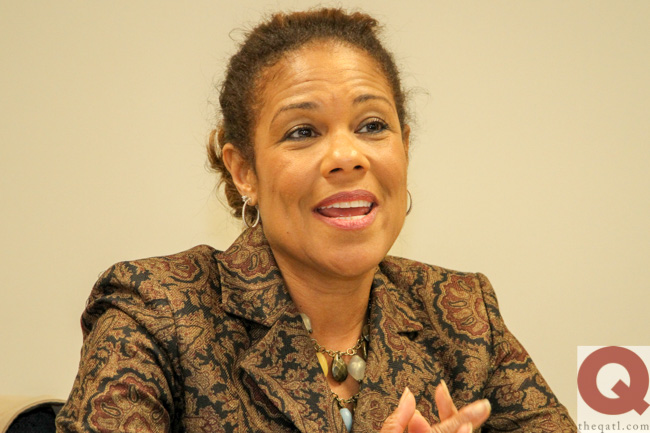 DeKalb was one of only four jurisdictions in the U.S. to receive $1.5 million in July from the U.S. Department of Health & Human Services to jumpstart the federal initiative, according to a press release.

“We’re very excited to be on the forefront of that, and to be a disruptive innovator as we work to end this epidemic,” she said.

HHS also awarded $500,000 total to Cobb, DeKalb, Fulton and Gwinnett in October to form a collective plan to end HIV, according to a press release.

The only way to end HIV in metro Atlanta is for the counties to work together, said Kathleen Toomey, commissioner of the Georgia Department of Public Health.

“How are we going to address a disease that doesn’t respect county borders unless we collectively think about how we can provide the services in an innovative way?” she said.

HHS launched a program to provide free PrEP for uninsured people earlier this month as part of the federal plan to end HIV. PrEP is the use of a once-a-day pill taken by HIV-negative people to reduce the risk of infection by up to 92 percent, according to the CDC.

People can find out if they qualify for the program by going to GetYourPrEP.com or calling 855-447-8410.