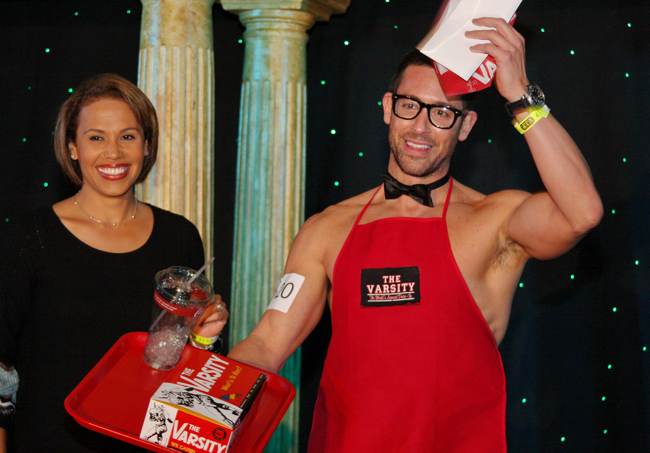 The gays took advantage of an early start to the Halloween holigay on Saturday, donning their costumed best for the Carnevale fundraiser. From superheroes to drag queens, jocks to gays in the military and nearly everything in between, the party-goers at Carnevale Myths & Legends showed that their imagination had no limits. Hundreds of people filled a ballroom of the Marriott Marquis in downtown Atlanta for the annual event, which benefits Jerusalem House. The agency is the oldest and largest provider of housing for low-income people with HIV in Atlanta.

A panel of judges with some costume creds of their own helped pick the winners of the event’s costume contest. Baton Bob and Mary Edith Pitts joined with WSB personalities Jovita Moore (top photo) and Amy Napier Viteri to crown the winners, which included Jason Moattar (top photo) and his take on a Varsity server on skates. On Monday, Jerusalem House officials were still crunching and compiling the final financials from the event. Still have Halloween events to attend this weekend? Click through the photo album from the event for costume ideas and pay close attention to our take on what not to wear.