‘Carnevale’ masks partiers but exposes its cause 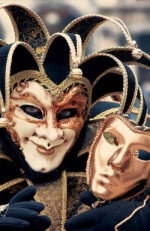 The Jerusalem House Halloween Bash on Friday may be gay Atlanta’s best annual costume party, but the event also reminds us of the good deeds by one of the city’s most loved AIDS housing programs.

Always well attended and universally well received for its fundraising as well as its lineup for the night, the 10th annual costume event for Jerusalem House returns to the historic Biltmore Hotel this year. Warning: the event ain’t cheap, but hundreds each year say it’s worth it.

This year’s Venice-themed “Carenevale After Dark” party offers plenty of treats for its revelers in addition to that warm feeling they’ll get for the cause. Local gay dad and feverishly sought-after international DJ David Knapp will provide the beats on the dance floor, and guests will be greeted by “Real Housewives of Atlanta” pal Dwight Eubanks (bottom photo). 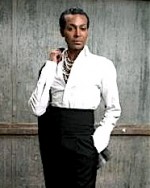 Eubanks is a timely host for the party, appearing just a day after Thursday’s season finale of the hit Bravo Show, and his own watch party with his adoring public at Vino Libro. He’s certainly enjoying his 15 minutes of fame lately, including our coverage of his “Home & Gardens”-style spread in the AJC this week.

In addition to the Jerusalem Bash’s famous costume contest with cash prizes, guests can also look forward to a raffle for big-ticket winnings, like trips to San Francisco and St. Maarten. All proceeds benefit the housing programs of Jerusalem House. You can buy your event and raffle tickets now.?

An after-party dessert reception at Pacci Ristorante at the Hotel Palomar Atlanta Midtown and free admission to Jungle will make sure revelers stay up late.