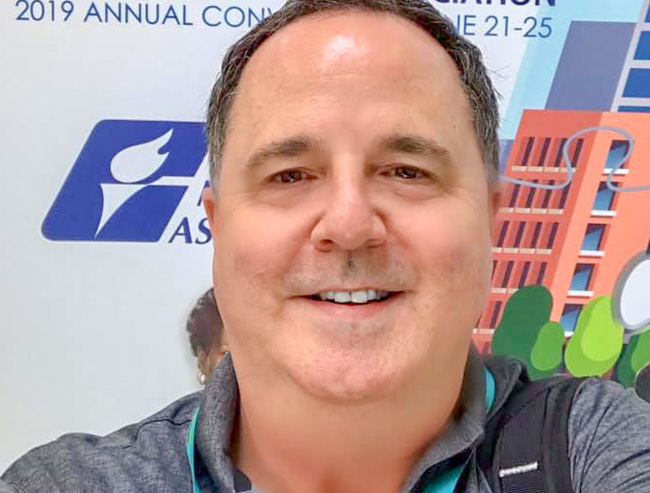 Bill Grant won the Canton mayoral race by 50 points and will join rare company by becoming only the third openly LGBTQ mayor in Georgia.

He beat civic activist Dwight Pullen with 75 percent of the vote in the Nov. 5 election, according to the Cherokee County Board of Elections. Grant (photo) served on the Canton City Council and as Mayor Pro Tem since 2014 but gave up his seat to run for mayor.

He told Project Q Atlanta that the voters judged him on his merits, not his sexual orientation.

“In the end, Canton voters could care less that I am gay,” he said. “They just want the best person for the job.”

He said he’s been out since he moved to Canton in 1996 and has always felt welcomed.

“That’s not to say there aren’t a few more narrow-minded citizens, as in any town,” he added.

He said a smear letter regarding his sexual orientation was sent to voters in his unsuccessful 2011 run for city council.

“I’m not sure it had a huge impact, but it played a role in my defeat since I was not as well-known at the time,” he said.

He ran again in 2013 and won decisively, despite another smear letter being mailed out about his sexual orientation, Grant said.

“It only served to get more people to the polls to vote for me because they knew how devoted I was to making Canton a better place for all citizens, and that was all that mattered to them,” he said.

Grant said his top priority as mayor will be creating a citywide master plan to guide Canton’s growth and development for the next several years.

“We have great momentum in our city, and our citizens are ready to move forward in new and meaningful ways,” he said.

He also hopes to see the city adopt an LGBTQ-inclusive nondiscrimination ordinance. Decatur became the sixth city in the state to do so earlier this month.

“We currently have nondiscrimination clauses in our employment practices, including sexual orientation, but there is always room for improvement,” he said. “I know we have one councilmember who is very interested in this ordinance, and of course, I am in total support.”

Grant said he’s honored to become one of the few openly LGBTQ mayors in the state, but he hopes the issue becomes obsolete in the future.

“I am not naïve in thinking we have moved beyond prejudice and bigotry in Georgia, however, I believe I have an equal responsibility in not making a big deal out of my sexuality when I ask and expect the same from my constituents,” he said.

Former Doraville City Councilmember Joseph Geierman could add to the ranks of openly LGBTQ mayors in the state. He faces Mayor Donna Pittman in a runoff election on Dec. 3.