Can’t take the gay Atlanta out of Jennifer Nettles 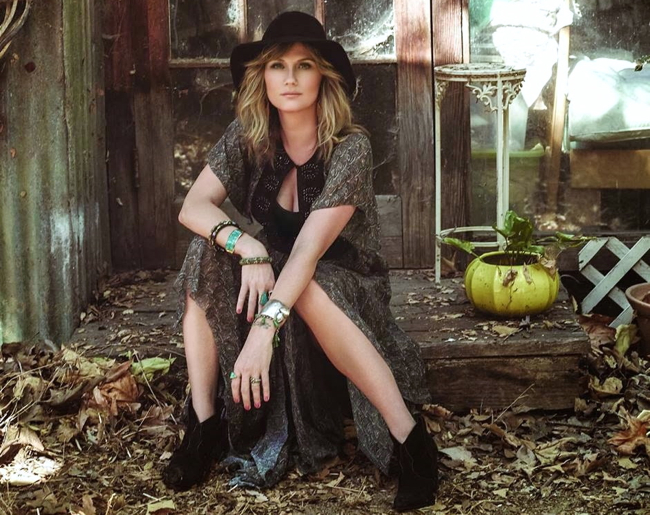 You can take the girl out of Atlanta, but you can't take the gay Atlanta out of Jennifer Nettles. On the eve of her homecoming concert, the Sugarland frontwoman shows she learned a lot as a lesbian favorite in the ATL.

Nettles heads to Fox Theatre on Saturday with lesbian singer-songwriter Brandy Clark as her opening act. and that’s not the half of it. She's been putting the love for her gays on blast as she makes the rounds behind the new solo CD “That Girl." (Gay Atlanta loves it, by the way).

The songstress, who developed her performance chops in Atlanta in the ’90s and amassed a large gay and lesbian following in the process, says it’s about time the country music community allowed for more diversity among both the artists and their audience.

“It’s exciting to see within the country genre, yet at the same time, for me in terms of social motivation and evolution and moving forward, I always feel — be it within a music genre or a religious movement or whatever — like, ‘OK, come on, let’s move faster. Let’s get there faster. Let’s get it done,’” she tells PrideSource. “This should have already been behind us. So I am excited about it, but I want it to continue and be more. …

“The resounding message here is authenticity,” she explains. “Within the gay community, the courage it takes to be one’s authentic self —even if you’re viewed as different — is inspiring. Consequently there is definitely a connection in that degree of authenticity — and doing it because you gotta be who you are — that connects my music with the gay community.”

The longtime married, straight ally clearly hasn’t forgotten more than a decade as one of the girls with guitars who could count on lesbians to be first in the ticket line. Like, back when Atlanta Pride was one of her biggest gigs of the year (video below). Way before that lawsuit with a lesbian bandmate, Nettles was so popular on the local lesbian live circuit that she had to come out as straight, she says.

I have my dear, dear friend - a longtime friend and now my personal assistant, and she's gay - who said to me, "Jennifer, you're the only person I've ever known that had to come out as a straight person," which I thought was hilarious. (Laughs) I had such a strong lesbian following, and in the gay community as a whole, I've always had so much support from them.

I think a lot of people assumed, too. Whenever they heard a woman with an alto voice playing an acoustic instrument stylistically reminiscent of those wonderful icons you counted, Ani DiFranco and Indigo Girls - and especially with the audience I had in my 20s - I think a lot of people just assumed that (I was lesbian). So those lyrics - "crotch propaganda / bat for both teams / and it's me not choosing sides standing in between" - I definitely related to because it's like, who cares? Why choose sides? And why do you have to?

Basically, Nettles just doesn’t shut up about her gay appeal, and we love her for it. What if her son turns out gay? What did gay Atlanta’s own B52s frontman Fred Schneider think of Sugarland’s “Love Shack” cover and performing it together on the CMT awards? What does it take to cover Beyonce as a country band? How does her irreverence help change Nashville? Easy peasy, Nettles says.

“You’re not screaming, ‘I’m going to change the world’ Performing with the B52’s, we weren’t waving a flag and saying ‘Look at us—we’re bringing this iconic gay band into CMT.’ We just did it, and people had to accept it. They loved it without even thinking about it.”

That’s how we love you, too, Jennifer. Without even thinking about it.