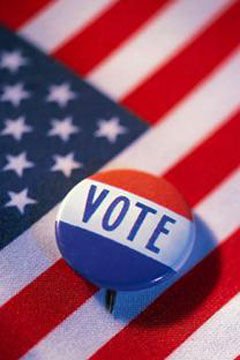 Surely by now, you know there’s an election to be had on Tuesday. There are a handful of races on the ballot for the runoff and in most every case, the gays seem to be front and center.

There’s the mayor’s race, which features Kasim Reed and Mary Norwood hopscotching their way through Midtown holding LGBT events, press conferences and meet and greets to snare each and every gay vote they can.

Team Norwood was there Friday at Outwrite, Blake’s and other gay spots. Team Reed was there Saturday shaking hands at Ansley Mall.

And it’s no coincidence Norwood and Reed are doing all of that in District 6, which includes its own runoff for the Atlanta City Council. That race is expected to draw out voters in larger numbers because LGBT Midtown voters are interested in that race’s gay candidate, Alex Wan. Increased gay voter turnout for Wan could provide a boost to the mayoral candidate who offers the most convincing pitch.

Speaking of gay candidates, there’s also the state House race in District 58. That’s where Asha Jackson faces Simone Bell, who would become the first African-American lesbian elected to a state legislature in the U.S.

So, we took to Twitter this morning to get the latest from the candidates. Here’s what we found:

We’ll be out in the District today. Look for us in our bright blue t-shirts. HONK if you see us! Runoff is this Tuesday. Be sure to VOTE!

Today as you are out and about Atlanta, help me virtually “shake” the hands of 5 of your friends. Ask them to… https://bit.ly/4KvXQA

My campaign Ambassadors are hosting a Falcon’s Tailgate today (9:30 – 1:30pm), Main Lot on corner of Northside Dr and Magnolia.