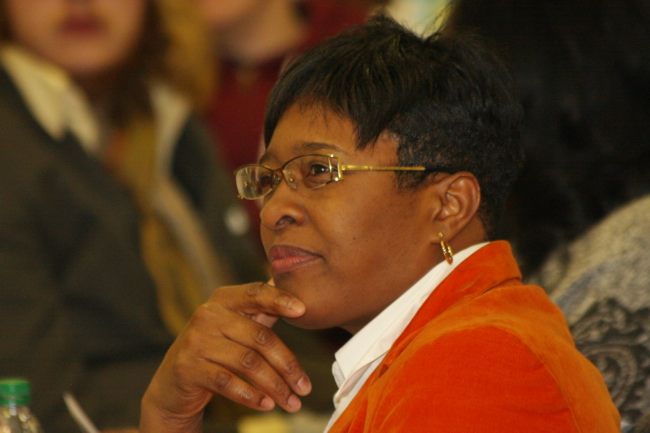 Keisha Waites, not happy with unflattering media coverage of her ninth campaign for elected office, went on a charm offensive on Wednesday hoping to convince skeptics that this lesbian community activist is more than the sum of her eight defeats.

Waites (photo) is one of three candidates to qualify for the Feb. 7 special election to fill the District 60 seat in the state House. It’s her third run for the Georgia General Assembly and ninth for public office. She’s come close to winning in 2010 – topping a crowded field seeking the District 6 post on the Fulton County Commission by 168 votes, only to lose in the runoff a few weeks later.

But Waites – a homeowner and small business owner with an extensive track record gleaned from her work for three federal agencies – says that although she’s made mistakes in past races that voters – and LGBT activists who don’t live in the House district that includes parts of Clayton, DeKalb and Fulton counties – should give her a fresh look.

“I have run for multiple offices but it is important to tell my story and that has been missing from the conversation,” Waites said during a wide-ranging interview on Wednesday. In past campaigns, she’s been criticized for not discussing gay issues or talking with gay media outlets.

“The thought process is that [another campaign] may not go very well for me. I only want the same thing that has been given to Rep. Rashad Taylor, Simone Bell, Karla Drenner, Alex Wan, Cathy Woolard. These people are considered viable and qualified. People question my viability, but no one mentions that I led the county commission race. My issues have not been issues of viability,” she added.

Waites makes the pitch that her professional background – stints with the Small Business Administration, Department of Homeland Security and Federal Emergency Management Agency – make her well suited for a seat in the state House. She’s got experience in the concerns of small business owners, worked as a liaison between FEMA and Congress and helped homeowners and businesses that suffered damage in natural disasters.

In other words, Waites argues that she knows how to make government work for people and she can bring that sort of constituent service to District 60. Add to that list a stint last year as the legislative director for state Rep. Sheila Jones.

“I believe I can bring sorely needed resources that my community hasn’t ever seen. I have had the opportunity to do the job hands on. I can hit the ground running,” she said. “I have a background in problem solving. I have a background in doing case work. I do this on the federal level every day. “

Waites has endured a testy relationship with Atlanta’s LGBT community. Atlanta Stonewall Democrats, Georgia Equality, and Gay & Lesbian Victory Fund all endorsed her 2008 campaign for the state House. But in 2010, the groups backed Joan Garner, a lesbian who defeated Waites to win the Fulton County Commission seat. At the time, Waites criticized the endorsements as coming from “special interests.”

“What did I do to piss off the gay community? I have been out and open since 18,” said Waites, 39. “The notion that I am absent from the community, I will take some responsibility in that. Some of the past decisions of various organization, I found hurtful. I did not feel embraced or well received. I haven’t always made the best decisions.”

For her latest campaign, Waites says she is seeking LGBT endorsements. She’s applied for the nod from the Victory Fund and has met with officials from Georgia Equality to discuss an endorsement. But Jeff Graham, Georgia Equality’s executive director, said Thursday that the group is sitting out the special election.

“Who better to have at the table than someone sensitive to our needs? You don’t have to wave a gay flag to do that. You just have to talk about it. I am living it every day when I am not running,” Waites said.