Can he find just one other gay man who isn’t garbage? 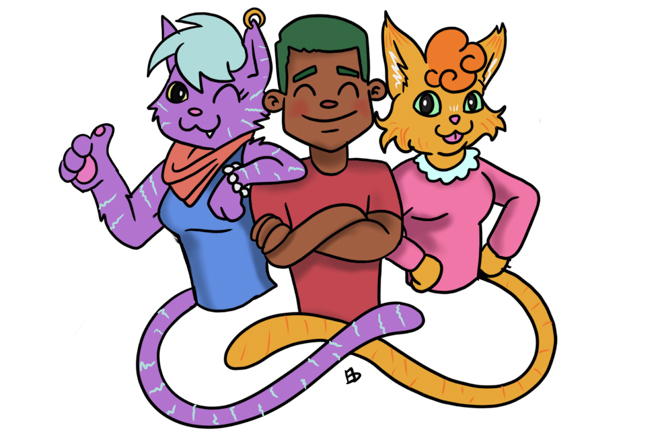 I am a gay man, but I hate men. The only thing they end up being good for is sex, yet I still want just one to buck the stereotype and change my life.

Ihave female friends I adore, and I have a close relationship with my mom.Whether gay, straight, trans and/or bisexual, every woman in my life is reliable, emotionally available, and most of all, trustworthy. I call them my Pussy Posse, and they have quite literally saved my life a dozen times over, because I too am a dumb man more often than I like to admit.

In contrast, my interactions with guys have been universally awful from day one. I never met my father, who by all accounts was a dick, and my stepfather was a creep who regularly degraded women he saw on the street.

I lost my virginity to a guy who had a girlfriend and only wanted me on the down low. The next guy was a series of cross-country liaisons that went nowhere. Another dude eventually revealed that his real job was basically a pimp. Yet another drunk-dialed me to say he loved me, then broke up with me the next day when I reminded him what he said.

Now I am older, guys are still idiots, dicks or both, and I still feel alone. I want to be able to love one man and have some faith that he won’t be garbage. Is that even possible?

There’s a lot to unpack here, and spoiler alert: It doesn’t end with finding one male specimen and dismissing all others. You can handle it, but not without a serious look at several underlying issues.

Your situation immediately recalls the title of gay Atlanta author Michael Alvear’s sex book,Men Are Pigs But We Love Bacon. It admittedly sounds a bit flippant, but stick with me. It’s funny because it’s true, but it’s also true of other humans as well.

Everyone of every gender identity can be selfish, or train wrecks, or just not a good fit. Your trouble appears to be that you seek out mismatches, even if subconsciously.

Why would you do that? Only you can answer for sure, but it may be to protect yourself from rejection and bad experiences you and your mom had when you were younger. Mismatched connections that fit a predetermined narrative become a self-fulfilling prophecy.

Your letter even exposes a piece of internal dialogue that lumps you in with all the other inherently terrible bad seeds because you happen to be male. Perpetuating this fallacy not only has you ignoring guys who aren’t actually awful people, but it leaves you helpless with the feeling that you don’t deserve better.

You’re not helpless. Step 1 for you is letting that idea go permanently. By all means, lean on your Pussy Posse through this process, and pose some of these questions to them. See if they can push you as much as support you. Chances are they will want to empower you to solve these misconceptions you have about guys.

For the record, all men are not worthy of your disdain, just as all women aren’t worthy of worship. It may take professional help and internal work to get there, but your Step 2 is understanding that defining people solely by their gender is not only harmful but just plain inaccurate.

When the time comes, Step 3 will open up a new world of dating and love.

The Q is intended for entertainment, not professional help. Send your burning Qs to[email protected].

Boys on the bar is the mantra at Atlanta gay club BJ’s. The New Year’s Eve bump and grind gave revelers even more for...
Read more
Q Advice

The guy is lying to his boyfriend and followers, maybe even himself. Do you think he’s suddenly being honest with a stranger on the internet?
Read more
Nightlife

Italian stallion DJ Iellamo opened wide for Atlanta on Friday. With the help of hostess Angelica D’Paige and patrons in white attire, they swallowed...
Read more