Can four out designers save ‘Project Runway’? 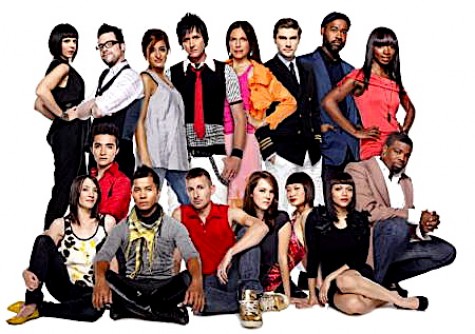 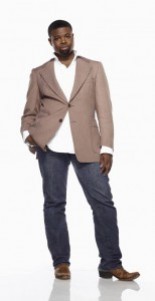 The new season begins on Jan. 14. But before we introduce you to the four gay men—and three self-professed gay allies—vying for a shot at Bryant Park, let’s cast a raised eyebrow at just one of the nine other designers who’ll go scissors-to-needles against them: Anthony L. Williams (second photo).

Williams, originally from Birmingham and now living in Atlanta, is an image consultant at Neiman Marcus. He calls his fashions “sophisticated, stylish and well-fit,” and describes himself as “sassy and glamorous.” Williams tells the AJC, “If men can be Southern Belles, I am one!”

Remember, he’s not on the list of gay contestants. Allegedly. Lifetime is touting four gay men, and Williams isn’t one of them.

You can take an appropriately titled “Closet Tour” with him on the Lifetime site and judge for yourself. We’re just sayin’.

Kind of reminds us of another apparently “straight” black designer with enough snap in his sashay to kill a small animal. We’re not naming names, Mychael Knight from Season 4. Oops! I guess we are.

On the other, outer side of the closet door, we present four gay men who we hope make us much prouder during Season 7 than last season’s gay “Runway” caucus. It was more fun to bet on which of them would get picked off each week than to cheer for any contestant on the less-than-stellar (read: shitty) season.

Jesus Estrada
The spice in this designer comes from his Mazatlan, Mexico ?roots. As a freelance designer, this 21-year-old names the over-the-top fashions of Alexander McQueen and Dolce & Gabbana as his faves. Here’s his video.

Jonathan Peters
This 29-year old from Woonsocket, R.I. ?is “technically, unemployed, but I prefer ‘independent freelance womenswear designer.’” Yeah, we would if we were you, too. Among a cast of thousands in his “favorites,” he lists the classy frocks of ?Carolina Herrera. Compare that to the comments in his video:

Jay Nicolas Sario?
Hailing from the Philippines and moonlighting as a visual merchandiser and lead stylist for Gap Kids, this fey little hot mess loves him some Alexander McQueen. ?Judging from this video, we hope his designs do the talking on the show. 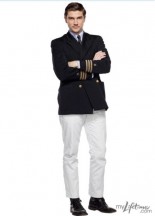 Three other designers who are straight specifically asked publicists to mention them as “gay allies.”

First, we must point out Jesse LeNoir (bottom photo), this season’s straight hottie. He’s a 25-year old metrosexual simultaneously trying to break into fashion and acting. Everybody knows actors can be had. Or at least, we can watch Season 7 thinking so.

Next up, Pamela Ptak is a 47-year old fashion design instructor. Rounding out the cast of designers looking for his gays in the audience, Seth Aaron Henderson is a San Diego hipster “dude” who works as a stylist and designer.