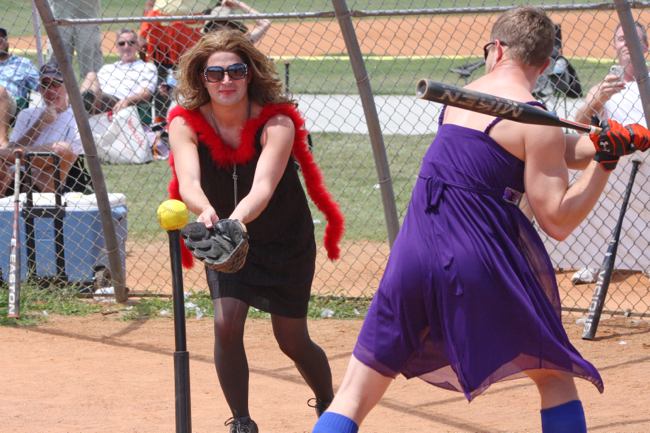 Campy drag queens mixed with gay jocks on Saturday — sometimes it was tough to tell them apart — to swing their bats for charity and raise thousands.

The 3rd Annual Bats ‘N Rouge in Piedmont Park drew its share of gawkers and spectators for the hours-long event. After all, with sailors in short shorts, players in tennis skirts and fans going shirtless, the event had the feel of Pride.

But even with all of that runny mascara, wind-blown wigs and fake diamonds, Bats ‘N Rouge has a serious side: Organizers say the event raised more than $6,000 to benefit the Health Initiative and Georgia Breast Cancer Foundation.

Hotlanta Softball’s Cadets host the annual fundraiser, which raised about $4,200 in its first year.