Cadillac Jack says Kicks 101.5 boss bullied him for being bisexual 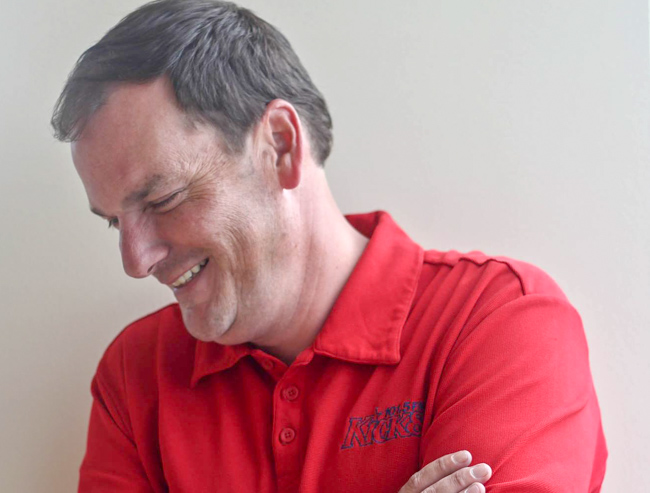 Cadillac Jack (photo), whose real name is William Choate, claimed that a boss called him a “closeted homosexual” in meetings with other employees present and said he “can’t be ‘gay’ and be a country music personality in Atlanta.” The boss was identified in the lawsuit as Sean Shannon, vice president and market manager for Cumulus.

“Due to Mr. Shannon’s extensive harassment, bullying and derogatory comments with regard to Mr. Choate’s sexual orientation and failure to conform to gender norms, Mr. Choate felt intimidated and fearful for his future with [Cumulus],” according to the lawsuit.

Choate was fired in July. The lawsuit was filed Jan. 2 in Fulton Superior Court. Choate is seeking over $730,000 in salary, which covers the remaining time in his contract that ran through 2021.

Choate was a Cumulus employee for over 25 years and was Kicks 101.5’s morning show host for the last several years. His working environment “dramatically changed” when Cumulus hired Shannon in April 2015, according to the lawsuit.

“During this time, Mr. Choate suddenly became the subject of ridicule from Mr. Shannon, falling victim to a barrage of derogatory comments from Mr. Shannon regarding Mr. Choate’s sexual orientation and failure to conform to gender norms,” according to the lawsuit.

Shannon allegedly said he had a strong gaydar and “[he] couldn’t believe how [Choate] lived his life,” according to the lawsuit. Shannon also allegedly called Choate a “closeted homosexual” and said that Choate’s wife would be “disgusted if she found out the news.”

Shannon said Choate “can’t be ‘gay’ and be a country music personality in Atlanta,” according to the lawsuit.

The event that led to his firing was the Luke Combs concert at America Bank Ampitheater in July. Choate was allegedly escorted out of the venue by security after threatening people when he wasn’t allowed in the VIP area, according to an email from Live Nation employee Holly Clauson that was included in the lawsuit.

“I just learned we had three security people escort Caddy out of the club,” Clauson wrote. “He’s apparently wasted and threatening to ‘have their jobs.’ I’m now done with this day.’”

Choate disputed Clauson’s claims in an email to Interim Program Director Greg Frey a few days after the incident. He also disputed claims that he acted inappropriately toward Spencer Graves, a DJ with rival country station 94.9 The Bull.

“Spencer could not have been a ‘willing participant’ to me ‘grabbing his ass’ and ‘grinding on him’ because that simply didn’t happen,” Choate wrote to Frey. “I do recall walking behind him during a Cody Johnson song and doing a ‘Will and Carlton’ type dance as a joke but in no means was there any sexual innuendo.”

Choate also said he was “sickened” by claims that he called someone “fat and stupid” at the concert.

“Anyone that knows me well knows that is not my character nor has it ever been,” he wrote in the email.

Choate was fired later that month, with the station claiming his alleged behavior at the concert was a breach of his employee contract.

A spokesperson for Cumulus disputed Choate’s claims in an email to Project Q Atlanta.

“We were disappointed to hear that the suit was filed and look forward to defending against these fabricated claims,” said Lisa Dollinger of Dollinger Strategic Communication.

Choate’s attorneys did not reply to Project Q’s request for comment on the lawsuit.