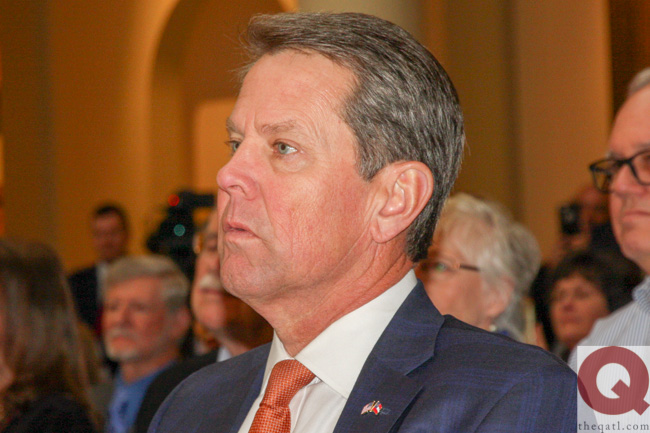 The leaders of two influential business groups in metro Atlanta called on Georgia lawmakers to pass a hate crimes bill when they return to the State Capitol next month.

The joint statement from the heads of the Metro Atlanta Chamber and the Georgia Chamber of Commerce on Wednesday is the latest push for the legislation, which stalled after the state House passed it in 2019. The Feb. 23 killing of Ahmaud Arbery near Brunswick has refocused attention on the bill.

“The passage of hate crimes legislation in 2019 by a bipartisan vote of the Georgia House of Representatives was an important step forward for our state. Recent support from statewide leaders further demonstrates that momentum is growing for Georgia to join the 45 other states that already have these laws on the books,” the statement said.

“When the Georgia General Assembly reconvenes in June, the Metro Atlanta Chamber and the Georgia Chamber urge swift passage of hate crimes legislation that aligns our state’s laws with our values,” the statement added.

“Anything legislatively, we continue to look forward to working with the General Assembly on whatever that is. You know, there are all kinds of bills that are out there in play right now, the hate crimes legislation being one of them,” Kemp said during a May 12 press conference.

“I know that the lieutenant governor and speaker have both been talking about that. We look forward to working with them on all things legislatively on June 11,” he added.

State Sen. Jesse Stone, the Republican chair of the Senate Judiciary Committee, stopped the hate crimes bill after it passed the state House in 2019. He’s indicated in recent weeks that he still has reservations about the bill.

“There’s a lot of differing opinions, so we’re trying to incorporate as much as we can to get a consensus,” Stone told Georgia Recorder earlier this month.

Stone, who also has supported anti-LGBTQ legislation, is retiring from the state Senate this year.

The state House passed H.B. 426 – sponsored by Republican state Rep. Chuck Efstration – in a 96 to 64 vote in March 2019. The bill would impose heightened penalties for crimes committed “because of the individual’s belief or perception” regarding the victim’s sexual orientation, gender, race, color, religion, national origin, mental disability or physical disability. It does not include gender identity as a protected class, but supporters of the bill said the inclusion of “belief or perception” would allow it to cover transgender people.

Georgia is one of four states in the U.S. without a hate crimes law. The state passed a hate crimes law that did not include sexual orientation or gender identity in 2000, but the Georgia Supreme Court struck it down in 2004 for being “unconstitutionally vague.”

If the measure is signed into law, Georgia would become one of 30 states with a hate crimes bill that covers sexual orientation and gender.