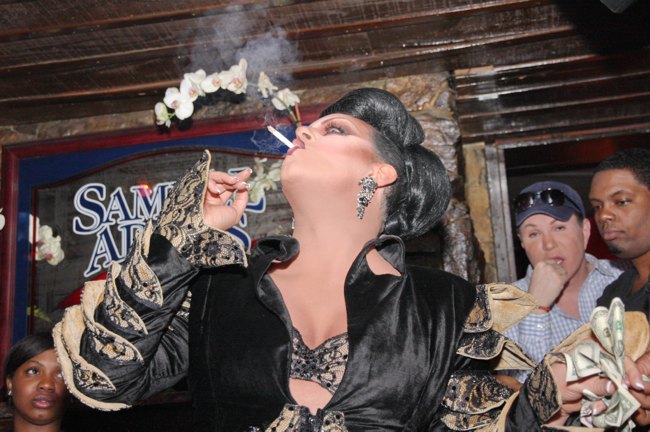 A brief love affair between Burkhart's and a no smoking policy has blossomed into a full-blown romance. So hit the patio, gays with smokes.

A few weeks ago, the bar experimented with a week-long, indoor smoking ban. That turned into a second week. And now, the bar is quitting cold turkey.

“Realizing that a no smoking atmosphere is the thing to come, we decided to maintain a smoke-free status,” owner Palmer Marsh says. “The move has been pretty well received from customers.”

Gay Atlanta bars where you can smoke freely are dwindling this spring. Eagle put smokers out on its decks in April. Heretic limited smoking to its Pub Bar and deck in March, My Sister's Room started in mid-March and Mary's snuffed out smoking indoors on April 1. Ten Atlanta opened as smoke-free in January and Jungle pushed smokers to a single area last year. Not that the city is in any hurry to follow up with a ban of its own. Except in its parks.

Marsh says a few customers reacted to the smoking ban with some dramatic gay flair. But nine out of 10 patrons are supportive, he adds.

“Most everybody likes it, even most smokers,” Marsh says.