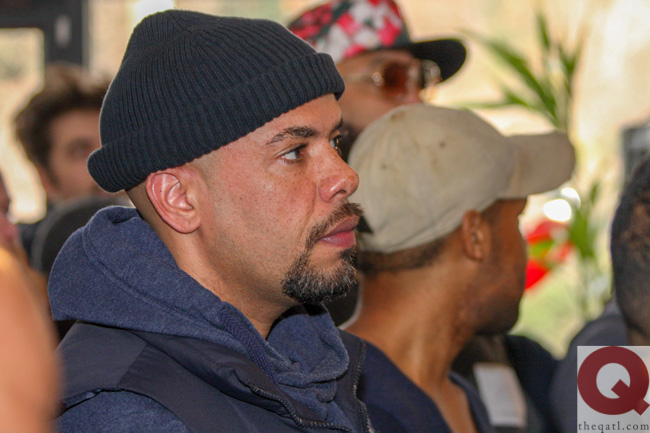 LGBTQ civic activists – in the wake of the controversy at Burkhart's over racist social media posts – have responded with a bar and lounge crawl on Saturday celebrating black, LGBTQ-owned businesses.

“We hope that this event brings awareness to the black LGBTQ-owned spaces that welcome our community and appreciate our presence in their establishment,” said Gee Smalls, an organizer of the event and co-founder of the Gentlemen's Foundation.

“We want to reinforce the profound importance of recycling dollars within our community as a display of support to black and brown entrepreneurs, and to motivate other black and brown sisters and brothers to stop patronizing places that do not want or welcome their business simply because of the color of their skin,” he added.

The event comes two weeks after racist and offensive posts from the Facebook account of Burkhart's owner Palmer Marsh were exposed, sparking a controversy that prompted the bar's entertainers to all quit, widespread backlash and attempts to sell the venue. The bar crawl also comes a week after a public forum organized by Rainbros to discuss responses to the Burkhart's controversy.

Smalls, who attended the forum on Jan. 27 (photo), said the event missed the chance to take a deep dive into complaints of racism at Burkhart's and long-running concerns about how other LGBT nightlife venues treat black customers.

“This stunt was not about tackling the issue of racism.Our organization, the Gentlemen’s Foundation, nor the countless other black LGBTQ organizations, leaders or activists were asked to attend this forum.How can a group of white people talk about racism?If this was a genuine effort to create solutions, they would have included our community.I was happy to see that a few of us did find out about the forum and attended to at least represent the very community affected,” Smalls said.

Instead of waiting for other LGBT activists to grope for answers, Smalls said organizers of the bar crawl decided to take action.

“[The Bar & Lounge Crawl] will be a day of love and a real 'party with a purpose' as black LGBT business owners will be celebrated by their community, who will spend their dollars where they know it will be appreciated,” event organizer Al Washington said.

“An exciting day of activities is planned, beginning with brunch followed by two happy hour visits, and ending with evening cocktails, dinner, and hookah. This effort should be viewed by the entire LGBTQ community and the City of Atlanta as a wake up call and a reminder that we all deserve to be treated with respect and dignity for our humanity,” Washington added.

Smalls said he hopes that the Burkhart's controversy will push white LGBTQ people to take action. But the scandal also showed a need to highlight black, LGBTQ-owned restaurants and bars.

“I really hope that this incident influences our white brothers and sisters to end racism, because they are the only one’s that can do it.However, I won’t wait around for that to happen.Instead, I’ll continue to focus on making my black and brown brothers and sisters feel loved like the kings and queens they are. It is time we realize we are far too valuable to continue seeking acceptance in spaces where we will never be welcomed with open arms,” Smalls said.

Washington said the event started as a way for a small group of friends to “show support and solidarity” for black, LGBTQ-owned businesses. But it quickly grew into something larger, Washington said.

“The Bar & Lounge Crawl has expanded its reach and engaged with local LGBTQ activists, promoters, social media personalities and influencers, and local politicians to help shine a much needed spotlight on these great businesses as well as show some of the economic power of the black LGBT dollar in Atlanta,” Washington said.

Smalls said LGBTQ people of all races are welcome at the event.

“Any person or organization that is for the better treatment of the black LGBTQ community, and who is serious about ending racism, should make it their priority to show up,” Smalls said.

“It’s easy to form your own circle, in your own community, but reaching out to the very community affected is how you really create change, not staying in your comfort zone.Every time we have an incident like this, our black and brown sisters are the one’s reaching into the white LGBTQ community to work on solutions.That’s old and quite frankly, does not work. It’s time for our allies to show up in our spaces, step up to the plate, and hold their community accountable for the racism that we all know exists,” he added.