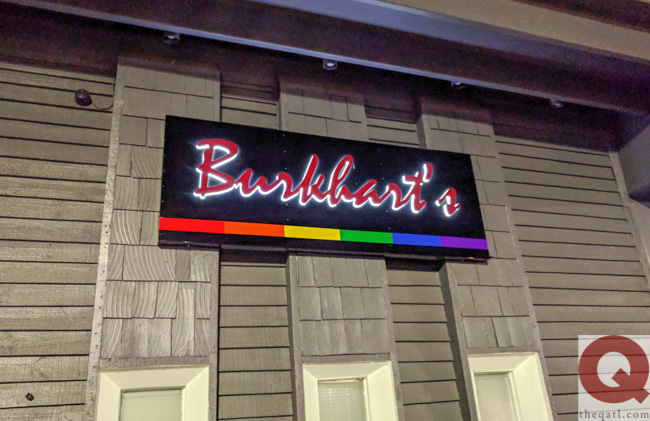 Burkhart's – the gay Midtown bar embroiled in controversy over racist social media posts – remained closed Saturday after a purported sale did not materialize.

The sale – details of which were never made public – vanished a day after it was announced, leaving the bar entering its second week ensnared in a controversy that continues to swirl around it.

On Friday, the bar proclaimed “It's a brand new day!” as its general manager, Don Hunnewell, said Burkhart's was undergoing “a transition of ownership” and would not open on Friday.

But Hunnewell refused to disclose details of who was purchasing the bar or address questions on social media concerning how the bar's liquor license, lease and inventory could be shifted to new owners so quickly.

Less than 24 hours later, the sale was postponed and Hunnewell said the bar would remain closed on Saturday – and possibly longer.

The sale of Burkhart's was announced a day after the bar's lineup of entertainers resigned and left the venue without its lineup of shows that draw customers and drive liquor sales.

“The sale fell through so it's back up for sale. We have some people that are interested in it,” Mary Marsh told WSB on Saturday.

Burkhart’s owner Mary Marsh on the latest with her and her husbands business that was sold last night to new owners. #nightbeat pic.twitter.com/xL1wFlMoP3

The controversy erupted Jan. 19 when Wussy Mag exposed a series of racist and offensive posts from the Facebook account of Palmer Marsh, who co-owns the bar with his wife Mary. One of the posts from 2015 refers to then President Obama with a racist slur, while others praise “Confederate values.”

Mary Marsh, in the couple's first public statements since the controversy erupted, said they are not racist.

Confirmed: Burkhart’s not opening tonight. Owner tells me sale fell through. Possibly opening tomorrow. Owner says she and her husband are not racist despite controversial Facebook posts that have circulated #nightbeat

On Saturday morning, more than 150 people – including several of the drag queens who quit the bar this week – took part in a public forum about the controversy.