A fugitive who allegedly prowled for gay victims at Burkhart’s and burned the groin of one with a cigarette as he robbed him in a Midtown hotel was nabbed on Sunday thanks to a tipster who called police. Lenny Evert Jones, 31, remains in the Fulton County Jail on charges of aggravated assault, aggravated battery and robbery by force for allegedly picking up a man from Burkhart’s last August, taking him to the Artmore Hotel, drugging him and brutally robbing him. 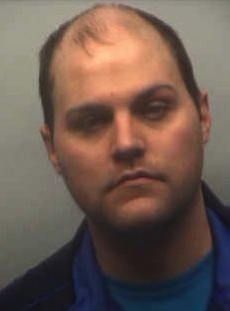 After having a drink at the bar, Jones and the victim left the pub together. They went to the Artmore Hotel on West Peachtree Street and paid for a room. The Marshals said Jones offered the victim a drink. "[The victim] believes that he was drugged, because immediately after consuming the beverage that the suspect provided, he became dizzy and disoriented," said Deputy U.S. Marshal Eric Heinze. Heinze said the victim remembers seeing Jones standing above him, removing his jewelry, wallet and car keys before he passed out. Heinze said Jones used a lit cigarette to burn the victim in the genitals several times. The victim also reported that Jones used his car keys to steal items from his car.

After 11Alive profiled the case last week, a tip from a reader helped lead the U.S. Marshal’s Southeast Regional Fugitive Task Force to Jones on Sunday. He was arrested while he was driving with his mother in Stockbridge. Authorities say Jones may have other victims who haven’t stepped forward.

Law enforcement officials are concerned that Jones may have other victims. "That's true especially with the nature of the assault," Heinze said. "It does often go unreported." "What he did to me could have very easily have taken my life," the victim said. "I would like other people to come forward as well because he needs to be put away for a very long time."