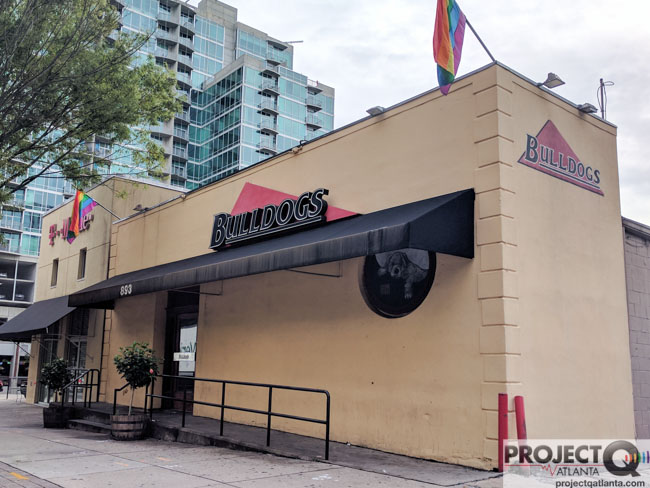 An Atlanta police officer accused of beating a Bulldogs patron – and fatally shooting another man in a separate incident – is once again providing off-duty security at the Midtown LGBT bar now that he's been returned to active duty on the police force.

Officer Yasin Abdulahad is accused of beating Anthony Walters as he was arrested during a confrontation outside the Peachtree Street bar in October 2016. Three months later, in January, Abdulahad fatally shot Deaundre Phillips outside an Atlanta police annex.

After the January shooting, Abdulahad was placed on administrative leave and prohibited from working any off-duty security jobs. Atlanta police returned him to active duty in early March and Abdulahad quickly returned to his part-time security work at Bulldogs. A regular patron of the bar was shocked to see Abdulahad working there during a visit in April, so he complained to the bar's management and spoke out publicly.

“We should not have to be worried that where we go to enjoy ourselves, that we might be in danger, put in danger by the folks that are there to protect us or by the folks who have been hired to protect us,” said Dean Steed, a frequent Bulldogs patron and organizer for social justice group Solutions Not Punishment Coalition.

On April 8, Steed went to Bulldogs with friends and coworkers and that's when they spotted Abdulahad.

“For me, Bulldogs is a space that I’ve gone to a lot over the past years,” Steed said.

“On this night, it was a Saturday, it was late, I was going out with my girlfriend. And we were coming up to the club and we get around the entrance and I see Yasin, the officer who killed Deaundre, I see Yasin’s face. And I know it immediately,” Steed said.

Steed had been in contact with Phillips’ family as part of his work with SNaP Co, so he was familiar with the police officer and details of the January shooting.

After Steed saw Abdulahad at Bulldogs, he complained to bar owner Brent Cochran-Maddox in a June 9 email and asked for the police officer to be fired from his security position.

“The fact that he has not yet been fired by APD does not provide an excuse for retaining Mr. Abdulahad on your payroll and continue to have him as a uniformed security guard for your business,” Steed said in the email, which he provided to Project Q Atlanta. 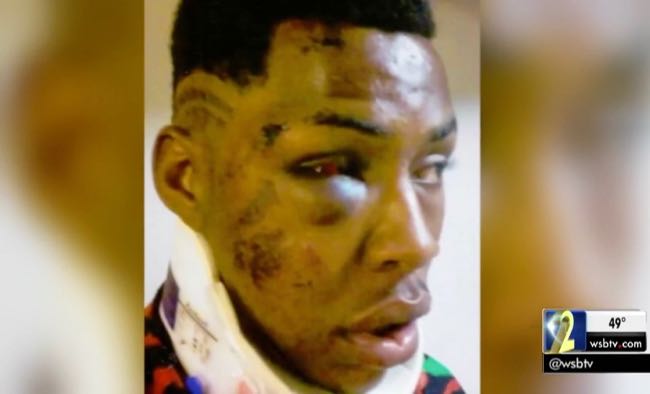 'He’s had an impeccable record with us'

Cochran-Maddox, who became the bar's owner in January, defended Abdulahad and said that the officer has been cleared of any wrongdoing by Atlanta police.

The shooting was investigated by the GBI, which turned over its results to the Fulton County District Attorney's Office on May 4, a GBI spokesperson told Project Q Atlanta. We've reached out to the district attorney's office to ask about the status of the case.

“He’s had an impeccable record with us,” Cochran-Maddox said.

In an email response to Steed's concerns, Cochran-Maddox also supported the officer.

“You are demanding/requesting that I release him from employment, and unfortunately that does not take into account legal ramifications for a wrongful termination that could arise on my behalf, not to mention that he has been an asset when it comes to providing a safe environment for my patrons,” the bar owner added.

“With [Steed] attacking in the email, it offended me personally because I am very community oriented. I am a part of the community. I have a interracial family, four children, so I am very, very mindful of my community and I felt very attacked as well,” Cochran-Maddox said.

Cochran-Maddox said the October incident with Walters and Abdulahad outside Bulldogs took place before he owned the bar.

“As far as what happened last year with the customer who came forward, as far as I know, all of that was dropped,” Cochran-Maddox said. “I don’t understand how I’m supposed to hold someone accountable for something that no government official has.”

An Atlanta police spokesperson said the October incident outside Bulldogs is still under investigation.

Walters (second photo) has said he was badly beaten and hospitalized after a confrontation with Abdulahad on Oct. 16. Abdulahad, dressed in his Atlanta police uniform, was working as an off-duty security officer at the bar, according to an Atlanta police incident report. A Bulldogs staff member told Abdulahad that Walters was harassing a bartender and was asked to leave the bar but refused, Abdulahad wrote. The incident turned physical when Abdulahad said Walters refused to leave the bar and took “a fighting stance” with the officer. Abdulahad tackled Walters as a second officer watched, according to the incident report.

Abdulahad said Walters fell to the ground after being tackled and picked up by the officer. Walters said the officer beat him

Cochran-Maddox, in both his email to Steed and interview with Project Q Atlanta, explained that media reports can be misleading, and so he did not trust them to provide accurate information about the Abdulahad shooting earlier this year. While he offers his condolences to the family of Phillips' family, he said information he has been provided leads him to different conclusions about the incident. Cochran-Maddox said he has not seen the surveillance video of the shooting that contradicts Abdulahad's initial accounts of what led up to the fatal shooting.

“Not to mar anybody’s name or anybody or whatnot. It was brought to my attention that [Phillips'] brother had just been arrested recently for grand theft. Birds of a feather, I guess. It kind of makes you wonder how, once again, it’s just information. Would that make me think differently of their family?” Cochran-Maddox said.

Cochran-Maddox added that he has diligently followed up with APD, and has spoken with Abdulahad’s supervisor as well as internal investigations on multiple occasions. He viewed Steed’s letter as a one-off complaint.

“If I had multiple concerns from multiple people, I would take it much more into account, but you know as a business owner you get complaints every day,” Cochran-Maddox said. “And you do the best that you can do to maintain safety, order and provide good customer service.”

Steed said this is about a business that serves his community taking responsibility for providing a safe environment.

“This had become public information and still this establishment had this person employed, in a paid position, where he could cause harm to another patron. Or even worse, kill someone,” Steed said.

“We want them to take more accountability as a business that serves the black and brown queer and trans communities, to take more responsibility around who they are hiring to keep us safe,” Steed added.