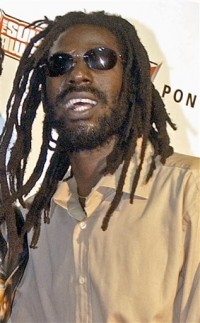 Reggae’s Buju Banton has no love for the gays, and he makes it clear in his lyrics. The backlash is so intense, AEG and Live Nation cancelled their “Rasta Got Soul” concert dates, but Center Stage still plans to host its Oct. 24 Atlanta show.

“As far as we know, it’s on,” says a Center Stage representative who answered the phone and answered questions, but declined to give her name. “We’re not Live Nation.”

The local stop on the “Rasta Got Soul” tour is presented by the group Rival Entertainment. That promoter apparently doesn’t take issue with turning a profit on songs sure to make Banton’s set list, like the 1992 hit “Boom Bye Bye,” which proposes pouring acid on gay men and shooting them in the head. Lyrics include, “Anytime Buju Banton come, Batty Boy he get up and run … they have to die.”

Banton was tried and acquitted on charges that he participated in the beating of six gay men by a gang in Jamaica in 2004, according to the Los Angeles Times.

“The only way we won’t have it is if they cancel the whole tour,” the Center Stage spokesperson says.

The whole mess calls to mind the prevailing hatred for LGBT people in Banton’s native Jamaica. That’s the place from which rapper Beenie Man also hails. In 2004, gay icon Janet Jackson apologized to gay fans for recording her “Feel It Boy” duet with Beenie when she discovered the pervasive homophobic lyrics in his music.