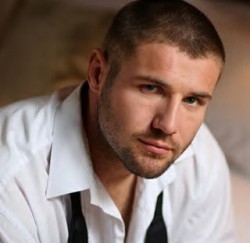 British rugby star and gay-rights supporter Ben Cohen will kick off the U.S. leg of his acceptance tour with three days of exhibitions and fundraisers in Atlanta that range in cost from $25 to $600.

The local stops are hosted by the Atlanta Bucks Rugby Football Club, which announced the May 19-22 portion of Cohen’s tour earlier this month. On Wednesday, the gay club detailed the events and announced that tickets are on sale.

“I believe that every person on this planet has a right to be true to themselves, to love and be loved and to be happy,” Cohen says about the acceptance tour, which plans stops in the U.S. and U.K. “That’s what we all want. I am in a privileged position to be able to spread some important messages across the globe – and that’s exactly what I am going to do.”

Cohen has spoken out on issues of equality, acceptance and gay suicides, including in a YouTube video last October about teen suicides. Cohen, 32, spent the bulk of his professional rugby career with the Northhampton Saints, though he was recently released from the Sale Sharks after less than two years with the club.

“Atlanta is a city built on equality and respect for diversity, including one of America’s largest and most vibrant LGBT communities,” Cohen says in a prepared statement about the tour. “I am honored to launch the tour in Atlanta and with the Bucks.”

Cohen became a sex symbol among many gay fans with his 2010 calendar that offered him in shirtless and sometimes wet poses in a lockeroom and a spread in Attitude. Last year, Cohen donated a signed jockstrap to support a U.K.-based gay non-profit. His 2011 calendar didn’t hurt his standing among gay fans, either.

Tickets to the Atlanta events can be purchased on the Bucks website. The club offered a detailed look at the local stops:

Ben Cohen Pitch-Nic & Auction
Oglethorpe University, Atlanta
Saturday, May 21. Afternoon start time TBA.
$25 per ticket; proceeds go to LGBT organizations
Join the Atlanta Bucks and Ben Cohen on pitch for an exhibition day of rugby on the beautiful campus of Oglethorpe University. To showcase the sport, there will be exhibition matches, a tented reception picnic, prize drawings and an auction of very special Ben Cohen items. This event includes a catered lunch with soft-drinks; alcohol will be available to those with proper identification. All ages are welcome, but only 21 and over will be served alcohol.