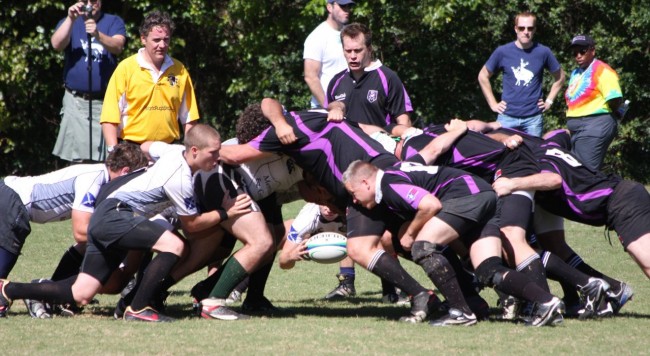 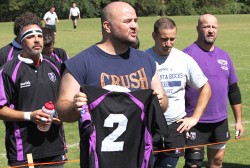 The Atlanta Bucks Rugby Football Club played to a tie on Saturday in the team’s home opener, putting their record at 1-1-1 as the head into this weekend’s match with crosstown rival High Country.

The Bucks are one-third of the way through their nine-match fall schedule. They opened with a 41-0 road win against the Nashville Grizzlies on Sept. 12, before dropping a 68-0 decision to Johnson City a week later.

On Saturday, they opened their home schedule at Walker Park in Kirkwood with a 32-32 tie against the Maryville Highlanders. The team dedicated the match to Kevin Shiver, a former teammate who committed suicide in August (middle photo). 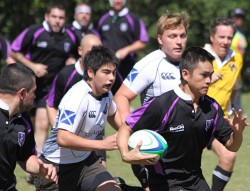 Up next for the Bucks is Saturday’s home match against High Country that kicks off at 1 p.m.

The Bucks other home games this season come Oct. 31 during the Atlanta Pride Festival. That’s when the club plays a double-header against gay teams the Charlotte Royals and Nashville Grizzlies.

View the Project Q Atlanta photo album of more than 100 images from the match.