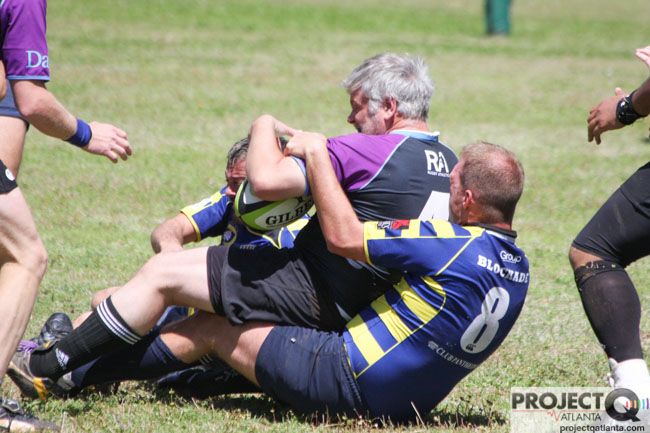 The Atlanta Bucks hosted a rugby three way on Saturday, hitting the pitch for a round robin tournament with gay squads from Nashville and Charleston.

It's not the first time the Bucks shared their rugby love with multiple squads at the same time. In October, they hosted Ruck-A-Buck with four other clubs during Atlanta Pride.

On Saturday, they took to a pitch in southeast Atlanta for shortened matches against the Nashville Grizzlies and Charleston Blockade. Then it was a Third Half party at Mixx.

The matches marked the last home games for the Bucks. They travel to Gadsden, Ala., on April 12 and Nashville on May 3. On May 10, they swap those tight shorts for dresses during the Purple Dress Run. The annual event draws a big crowd and big bucks for charity.