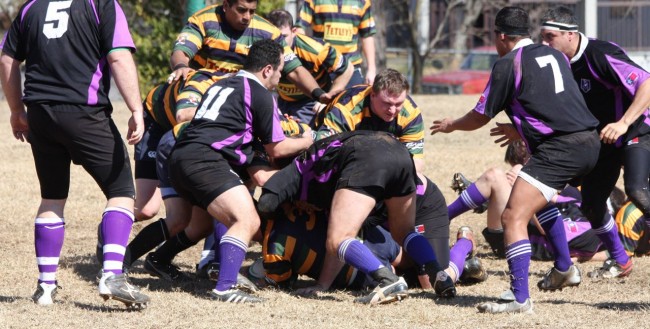 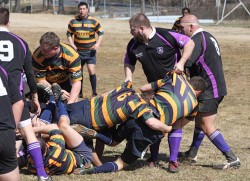 The Atlanta Bucks Rugby Football Club swapped snow for sunny skies and warm weather on Saturday to finally open the delayed start to their spring season with a match at Coan Middle School in Kirkwood.

Last week, a snowstorm put on ice the gay club’s home match against Athens. But on Saturday, the sun was out in full force, temperatures climbed into the 50s and the Bucks hosted crosstown rivals High County. 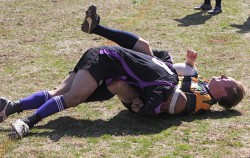 The scrappy match, which included a few punches among the scrums, lineouts and offisdes, ended with a Bucks loss, 29-3.

The Bucks hit the road next week for a Feb. 27 match against Birmingham and a March 6 stop in Athens. They play again in Atlanta on March 20 with a rematch against High County.